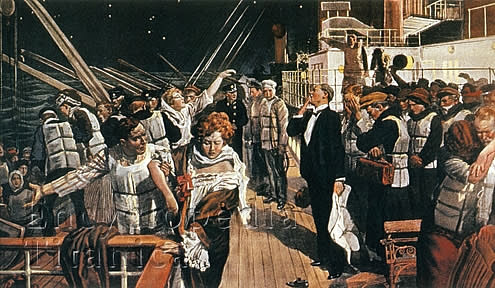 The NH House recently passed HB 135, a bill aimed at repealing parts of the so-called Stand Your Ground law that was passed by the last legislature.

A great deal of hysteria has ensued. One would think that the many urgent problems that beset our state (JOBS,infrastructure, tuition costs, housing) could all be solved with guns.

That hysteria has spilled over into the NH House internal email system. This system exists so that all 400 of them can send and receive notices and share information. Sometimes the sharing can get a little ugly. Rep. Rick Watrous wrote about a rule change instituted at the end of last year by former Speaker William O'Brien:


"Electronic media cannot be used for knowingly transmitting, retrieving, or storing any communication that is: 1. Discriminatory or harassing; 2. Derogatory to any individual or group; 3. Obscene, sexually explicit or pornographic; 4. Defamatory or threatening.  In addition, also prohibited are jokes . . . or any other non-legislative work activity that is not allowed on government computers."

O’Brien warns that “there will be zero tolerance for any violation” of the language section of the policy. Upon any House member violating that section “his or her legislative email privilege will be immediately terminated.”

Rep. Steve Vallaincourt gave a lengthy and dramatic speech from the House floor before the vote on HB 135. He posted that speech on the house internal email, resulting in this critique from a fellow legislator:


From: Hansen, Peter
Sent: Monday, April 01, 2013 8:32 PM
To: ~All Representatives
Subject: RE: HB 135 Speech
The Representative from Manchester blogged today his full speech from the well at last weeks vote on HB 135.

There were two critical ingredients missing in the illustrious stories purporting to demonstrate the practical side of retreat. Not that retreat may not be possible mind you. What could possibly be missing from those factual tales of successful retreat in VT, Germany, and the bowels of Amsterdam? Why children and  vagina's of course. While the tales relate the actions of a solitary male the outcome cannot relate to similar situations where children and women and mothers are the potential victims. The presence of one or both ingredients demands that a potential totally different outcome might have prevailed and that is the factor which I believe was dismissed in the HB 135 debate and vote.


I'm pretty sure that when the Titanic was sinking, the captain's instructions were "women and children first, not "vagina's and children first." That the representative chose to describe women as "vagina's" is certainly an affront to half the population. That he failed to properly pluralize the word adds insult to idiocy.

That email resulted in the following exchange:

"Children and vagina's"??!! Are you really using "vaginas" as a crude catch-all for women? Really?

Please think before you send out such offensive language on the legislative listserve.

Rep Watrous,
Having a fairly well educated mind I do not need self appointed wardens to A: try to put words in my mouth for political gain and B: Turn a well founded strategy in communication into an insulting accusation, and finally if you find the noun vagina insulting or in some way offensive then perhaps a better exercise might be for you to re-examine your psyche.


Here we learn that referring to women as "vagina's" is a "well founded strategy in communication" coming  to us from a "fairly well educated mind."

The female voters in his district (Amherst) may disagree.