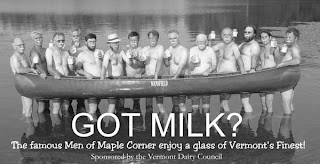 Summer is coming to an end. In the swamps, the leaves are already turning, and nights have a chilly edge. We’ve survived the indignities of summer in a tourist area – the congestion, the parking, the bad drivers, and the clueless who don’t know how to behave in public. Most of us have met people “from away” who we enjoyed a great deal. Summer in this area is bittersweet – so many of us are working too hard to be able to enjoy it.

Summer makes folks a little frisky, and sometimes a little crazy. In July, a Manchester man was arrested on robbery charges. It seems he was having a cup of coffee one morning at a local lake, and decided to rob a bank. James Coldwell knew that a bank robber needs a disguise, so he got out his handy roll of duct tape and taped tree branches to his head and torso. He seems to have expected the tellers to believe a tree was robbing the bank. The clever tellers were not fooled, however – and neither were the security cameras. The surveillance tapes were shown on WMUR, and he was quickly identified. Police found leaves and duct tape in his car.

Last week, a man was arraigned in Londonderry. It seems he kept going back to the same gas station, and stealing gas – he pumped and drove off at least 8 times. He used the same car every time, but had different (stolen) plates on it each time. He was picked up on the surveillance cameras, and the tape was shown on WMUR. The police received a number of calls, and were able to find the young man and arrest him. Not a criminal mastermind.

We had our own local silly criminal, last week. Brice Chace was out on probation after being convicted of driving the getaway car after a robbery. Young Mr. Chace allegedly posted pictures of himself on the social networking site MySpace, holding his weapons. He also allegedly posted comments about his drinking and drug use. One can only wonder at the thought process being underemployed here. MySpace isn’t exactly a secret society.

Over in Brattleboro, VT, summer has caused a different kind of friskiness. The state of Vermont has no laws against public nudity. Some towns have passed ordinances forbidding nudity in public – but Brattleboro isn’t one of them. Some local teens have been celebrating summer in VT by hanging out – literally – in downtown Brattleboro. Impromptu nudity has become fashionable for a couple of dozen teens, and has spawned group naked bike rides, hula hoop contests, and skateboarding. There have been all manner of reactions – from the bemused to the hysterical. The bemused seemed to be winning – with everyone tacitly letting nature take its course (cold weather) – until an elderly man wearing nothing but a fanny pack walked through the center of town. Apparently youthful nakedness was one thing – but elderly nakedness was the straw that broke the back of Dick DeGray of Brattleboro’s Select Board. He wrote an emergency ban on nudity on the main roads, within 250 feet of a school or place of worship. DeGray was quoted by the AP as saying, “People have a reasonable expectation that when they are going out, they’re not going to run into any nude people.”

The ban was a temporary measure. A public hearing was held this week, and the ordinance was voted down, in a 3-2 vote. Vermont is often criticized for being the liberal haven of latte drinking, Volvo driving, Birkenstock wearing old hippies – but the people of Brattleboro rejected what liberpublicans love to call the nanny state by refusing to legislate morality. As uncomfortable as the good people of Brattleboro may be with public nudity, they’re even more uncomfortable with making nakedness a criminal act. One board member said it wasn’t up to the town to restrict anyone’s right to dress or undress.

There’s always been a sort of rivalry between NH and VT, a rivalry that always highlights the differences between our two states. The events of this summer illustrate the differences pretty clearly. In NH we have people dressing up as trees to rob banks, and in VT we have people dressing down and having hula-hoop contests. The emergency temporary ban on nudity expires next month – and so does summer. The chill in the air will eventually cause even the hardiest naked souls to reconsider.

“I’m often reminded that the wellspring of Vermont liberty flows from Main Street, not State Street.” James H. Douglas
Posted by susanthe at 10:20 AM 2 comments: 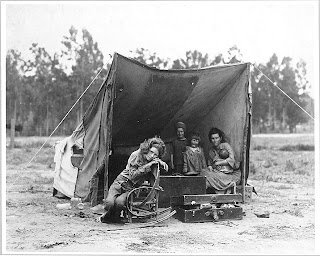 The Conway Selectmen recently went on record as opposing a proposed development that would provide affordable housing on land near the new high school. We have a serious housing problem in this area – ask any member of the local workforce. Rentals are scarce and costly. The average valley working stiff is never going to be able to afford to buy a house at the current rates. Wages are low, and the cost of housing is high. What our local officials seem to want are service workers who will come in, work uncomplainingly for low wages, and go somewhere else to live. Meanwhile, the building of expensive second homes for wealthy people who don’t really ever become part of the community goes on unabated.

The reasons given for the opposition were varied. Selectman Gary Webster was quoted in the Sun as saying the projected rents ($580-$982 for 1-3 bedrooms) might exceed local incomes. Selectman Larry Martin was concerned that the housing wouldn’t be limited to people from this area. Selectman Mark Hounsell was concerned about the impact on local schools. Mr. Webster should have checked the rental section of the newspaper. Rents already exceed local incomes. One reason for that is the shortage of rental property. By ensuring a dearth of rental property, the high cost of local rentals will continue unabated.

Fortunately we do have campgrounds and cars. Whenever the topic of affordable housing comes up, the Two Big Bugaboos are always right behind. The first one is that welfare recipients from Massachusetts will move here in droves to live in this affordable housing. One can see why they’d want to, given how easy life is here in the north, with our extensive system of public transportation. Yep, people “from away” are apparently just dying to move here to work for $8 an hour. I’ve been hearing that argument for 23 years now, and it still doesn’t make any sense. The other Big Bugaboo can’t actually be spoken – it must be carefully alluded to. People who live in affordable housing might have ….children. Those children might go to school. We want to have schools; we just don’t want to have to pay for kids to actually use them.

A brief perusal of the rental section in the Sun shows that the average one bedroom apartment in this area costs upwards of $600 a month. A one bedroom rental was as low as $550 and as high as $1300. Most were $625. The average cost of a two bedroom rental was $825. They ranged from the low of $700 to the high of $900. A three bedroom rental averages $1000. The low end was $850 and the high was $1500. Do the math. A person earning $8 an hour is going to spend over half of their monthly income on housing. The proposed rents for this new development are slightly lower than the cost of existing local housing. What a terrible thing that would be for the local workers who want to move out of their cars.

The beat goes on. A pity the low wage workers can’t just hang upside down from the eves of the many local McMansions at night, and refrain from breeding. We love the trophy homes, owned by people who don’t ever become part of the community – but we don’t want the people who work in our communities to be able to afford to stay here and put down roots.

The people who make these decisions live in nice houses. They don’t have any idea what it’s like to be a wage slave in the valley, trying to find a decent, reasonably affordable place to live. These are not people who have to move every year or two because of rent hikes. They do not find themselves sharing living space with unstable roommates, just to have a roof over their heads. These are not people who have ever lived in a car or a campground. They do not have the faintest concept of what life is like for low wage workers, and they don’t really care. As long as there is an endless stream of workers (even if we have to import them) that’s all that really matters.

I believe in community. I believe that community is the solution to many of our problems. Refusing to acknowledge, or even attempt to deal with the very real needs of the workers in our area is the very antithesis of community. We do not build and strengthen our communities by building huge second homes that are seldom used. We do not strengthen our communities by making it impossible for the people who work here to actually live here. What kind of a place do we want to be? We’d better decide, quickly.

“Home is where one starts from.” T.S. Eliot
Posted by susanthe at 2:26 PM No comments: