At the end of the last legislative session, Governor Hassan vetoed the state budget that was written by the far right libertea crowd, with an assist from the Koch brothers. This week, the Governor announced that a compromise had been reached.

All summer long, the NH GOP has attacked the governor for vetoing their budget. Their budget enacted business tax cuts that would have left $90 million dollar holes in future budgets, yet they claimed it was responsible. Somehow, magically, a pristine white unicorn would ride in on that wave of tax cuts and fart rainbow fairy dust all over the state, and all that needs funding would somehow magically be funded. Infrastructure! State parks! State employees! Feed that unicorn some beans!

NH does not ever budget in a fiscally responsible way. Most of us wouldn’t patronize a business that was attempting to run with broken equipment and a leaky roof, because the owner was too cheap to invest in his business. That is exactly the business model by which we run our state.

Our Republican brethren are still mired in the trickle down theories embraced by their beloved/invented Saint Ronnie. That those theories have been disproven time and time again doesn’t matter to these folks. They are incapable of grasping reality. They have no plan for the future.

The Democrats aren’t much better. They make a little noise, but ultimately they cave in to the pledge politics that rule our state. Governor Hassan has made a deal that is politically expedient, but it’s not responsible. It will, however, allow her to run for the US Senate, without too much GOP braying about how she vetoed their budget. The agreement also gives cover to those House Republicans pondering a run for governor.

This budget does not ensure that there is enough money to run our state in a responsible way. The Department of Corrections doesn’t have sufficient staff, so they are soliciting volunteers to work as file clerks. The site reminds us that these are unpaid, volunteer positions. There will be a background check, they say. There will be a two-hour orientation. There is no mention of confidentiality.  This is a perfect illustration of how dysfunctional our state has become.

Volunteers. Remember former Governor Craig Benson’s volunteers? He had an entire shadow government comprised of his Cabletron cronies who were called “volunteers.” He refused to give us the names of the volunteers or list their duties – at least not until the scandals started breaking. Volunteer Linda Pepin negotiated a no-bid contract for state employees health care, despite the fact that she wasn’t qualified or empowered to do so. She took only one bid. Benson fired Pepin. He asked his AG, Peter Heed to look into the matter. Heed was a Benson appointee, (that was bad enough) and he included Kelly Ayotte, (then assistant AG) in the investigation. Ayotte had been Benson’s attorney only months before. The Benson administration was rife with corruption, which is why he only served one term. It’s also why Republicans never trot him out as a success story. Oh, and he still hasn’t paid the artist he commissioned to paint his portrait which was intended to hang in the State House. Sleazy till the end.

Volunteers are wonderful. We rely on them to keep our towns running, in so many ways. We should not rely on them to fill positions that should be filled by paid employees, or to run our state government, a la Benson.


The budget agreement does not include reauthorizing the NH Health Protection Program, (aka expanded Medicaid) which insures some 40,000 low-income working folk in our state. The NH GOP spent the summer carping about the heroin epidemic, and how the governor was allegedly contributing to it by refusing to sign off on their odious budget. As treatment experts have said again and again, the NHHPP is one of the best tools they have in the fight against addiction, because it pays for substance abuse treatment. It appears their concern for the dead and the dying was no more than a cudgel for them to beat the governor with. In the governor’s statement, on this agreement, she states that she is taking Republican leadership at their word that they will take up legislation reauthorizing the NHHPP as soon as possible. Given that these are the same folks who refused to honor the contract negotiated in good faith between the state and the state employees, I don’t share her willingness to take them at their word.

What this budget does is tread water in the name of political expediency. What it does not do is move our state forward in any way. This budget kicks the infrastructure can down the road, as it has been kicked by previous legislatures for decades now. We will still have hundreds of bridges on the state’s red list for being structurally impaired. It will not move us from our pathetic ranking of 50th place in state spending on our state university system. NH college students will continue to graduate with the highest debt load in the nation.

None of this, by the way, is attractive to business. Big businesses locate in states that have robust infrastructure. They want good roads, bridges, ports, and airports. They want to move their employees to states where housing is affordable. NH has the second highest property taxes in the nation. Our telecommunications infrastructure is lacking, especially in the top half of the state. The companies that serve our telecommunication needs are few and hardly competitively priced.

Better feed that unicorn some beans.

Published as an op-ed in the Sept. 18 edition of the Conway Daily Sun newspaper.

Posted by susanthe at 9:58 PM 6 comments: Links to this post 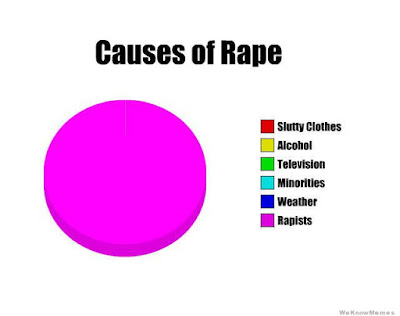 We start disappointing girls before they are born. The baby shower filled with little pink items is where it all begins. The pink faucet continues to flow after the girl child is born. It’s challenging to buy baby clothes or little girl clothes that aren’t pink, don’t mention princesses, and don’t sport any glitter. Also: boys AND girls wear blue. Boys do not wear pink.

Girls get girl toys. They get dolls. They get kitchens. They get all things Disney princess. They get pink bicycles. They may be referred to as “Daddy’s little princess.” Their brother will be called, “the little man.” The focus is always on appearance. Boys are Big or Strong. Girls are Petite, Cute, and Beautiful. They learn to be sweet. They learn to sit down and act like a little lady. Pink is the color of lowered expectations.

The way to judge the importance of a thing is by who engages in it. Girls and women do not play football, though women’s tax dollars go toward building huge arenas that persons of their gender will never be allowed to use.  Women are not allowed to participate in military combat. Boys and men do not participate in beauty contests.

Our little pinkettes go forward into a world where women are not equal. All of the major religions teach that women are lesser beings. Ole Adam laid the blame on Eve the moment he had the opportunity. These teachings have had a definite trickle down effect. As a result, women are still oppressed in most countries in the world. In some countries crude surgeries are done on women’s genitals. In others, men determine the rights of women, including their right to bodily autonomy.

We may bemoan the dearth of women in the fields of science and math, but in a world where boys are Smart and girls are Pretty it’s really no surprise that girls are pushed toward traditional girl/woman fields. Women who enter fields that have been dominated by men do not get a warm welcome. If they are lucky, they are bullied and demeaned. If they are not, they are beaten, raped, and sometimes murdered, as we see in the US military.

In the 1970’s, feminists began to push back against the traditional attitudes about the crime of rape. They began the first rape crisis centers. They pushed back against the routine legal and societal blaming of women for their own rapes. Things got a little better. Like everything else, that improvement is starting to recede. Constant vigilance is the price of any gains made by women.

Historically, women have been regarded as chattel or as plunder. This really hasn’t changed, as we saw in the recent trial of a young man accused of rape at St. Paul’s School in Concord. This elite private school has a tradition known as the “Senior Salute” where boys compete to “score” with as many girls as they can before graduation. Tradition is defined as an established pattern of behavior, a social custom, or cultural continuity. When the administrators at St. Paul’s tell us that they knew nothing of this, they are almost certainly lying through their expensively maintained teeth. The boys kept lists, shared them, and named names. It was all about keeping score.

The young man was accused and the girl was put on trial. The jury found that she didn’t resist enough. Even though 4 of his friends testified against him, even though there was physical evidence, she was found questionable because she didn’t march immediately to the police station to demand justice. Like many rape victims, she was confused and emotional after being raped by someone she knew. The media coverage of the case was abhorrent – particularly the live tweeting by reporters from inside the courtroom. I seldom praise the Union Leader newspaper, but they refused to publish the victim’s name. Other publications were not so principled. The behavior of the media is something that should concern us locally, given that Nate Kibby goes on trial early next year 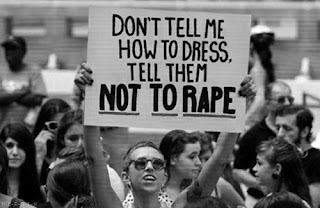 There’s a lot of lip service about how seriously we take the crime of rape. The fact that there are thousands of rape kits languishing untested in police stations around the country gives lie to any pretense of seriousness. The libertea crowd tells us that women need to carry guns to protect themselves. They are using women to justify their desire to eliminate all restrictions on gun ownership. In NH the libertea legislators routinely vote against domestic violence bills, because a domestic violence conviction means that a guy would lose his guns. If women started shooting men on a regular basis, they’d change their tune about female gun ownership in a big hurry.

We aren’t interested in teaching boys and men not to rape. Rape is part and parcel of male privilege in our society. It’s up to girls and women not to be provocatively dressed, not to be in any situation that might be construed as “asking for it,” and above all, in the event of a rape to behave in a textbook manner. 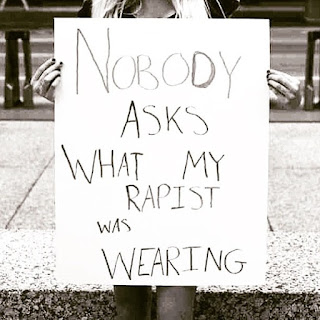 Saint Paul’s School turned a blind eye to the rape culture on their campus. As a result, the future captains of industry have learned that girls/women are disposable plunder. The girls of St. Paul’s have learned that they are - at best - a fungible commodity. The rest of us have learned, once again, why girls and women do not report their rapes. We start disappointing girls before they are born.

This was published as an op-ed in the 9-4-2015 edition of the Conway Daily Sun newspaper
Posted by susanthe at 6:22 PM 3 comments: Links to this post