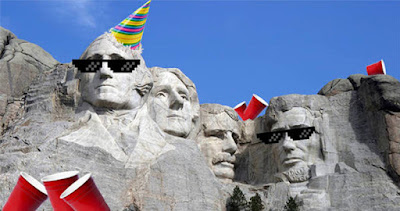 There are five women running for president. I bring this up only because you may not be aware of it. There are a boatload of candidates, and the media is very focused on a very few of them, and none of the few have ovaries.

If you Google, “shrill” and the names of any of the five female candidates, you’ll find abundant coverage of their degree of shrillness. Kirsten Gillibrand, Amy Klobuchar, and Kamala Harris all seem to posses the average level of shrill that one would expect from a female candidate. Gillibrand is attractive but shrill. Amy Klobuchar is shrill and bitchy. Kamala Harris is just plain old shrill.  Elizabeth Warren has an advanced level of shrill, combined with her being polarizing and not likeable enough. Tulsi Gabbard is deemed “less shrill,” or “easy on the eye and ear.” Next, try Googling “shrill” and any male candidate’s name. You won’t find anything. Shrill is not an adjective ever applied to men. Shrill is being replaced. Polarizing is the new shrill, and it’s used in direct proportion to how much of a threat the woman’s candidacy is. The smarter the woman, the stronger the shrill.

Nearly everything written about the women candidates is very different from what is written about men. The women who have children are asked how they campaign and parent at the same time. No one ever asks Beto O’Rourke that question. After he lost his Senate bid in Texas, he went on a road trip by himself, leaving his wife at home with their three kids, and reporters breathlessly covered his naval gazing without asking how he could be on a road trip and parent at the same time. The media would have crucified a female candidate doing the same thing. It seems that still, in the United States of America in the year 2019, women are responsible for parenting. Men…not so much.

What if Donald Trump had been asked that question? He admits that he didn’t do the parenting his older kids, and it seems unlikely that he’s a fun dad, hanging out with Barron and bowling a few frames in the White House bowling alley, or kicking the soccer ball around on the South Lawn. Luckily for him, no one would ever ask him about his parenting. Our national default setting is male. Imagine a woman who looked like Steve Bannon  (as if she’d slept in an alley with a pint of muscatel) achieving his level of power and influence?

During the last presidential campaign, many voters wished that Elizabeth Warren were running for president. Now that she is, she’s called shrill and polarizing. At a time when some of the male candidates don’t have anything resembling policy on their websites, Senator Warren has reams of policy. She’s described as “cold and not likeable.” The real problem may well be that she’s too smart, and too well prepared. For a good read on that, I recommend Alexandra Petri’s April 12 column in the Washington Post.

The media is a big part of the problem. Six corporations control 90 percent of the media. Men run those corporations. White male guests dominate the Sunday news shows. Men dominate talk radio. Men dominate commercial radio. (Non-profit radio is more balanced.) Women are allowed to be the sidekicks on obnoxious morning shows, but that’s about it. We hear a steady diet of male voices, and that brings with it a certain unconscious message about what voices are important. As an example, no women have shows on the local commercial radio station. It seems playing music does have boundaries.

Candidate George W. Bush was sold to us as “the kind of guy you’d want to have a beer with.” The idea something like that was taken seriously as a qualification for the presidency is both horrifying and emblematic of the kind of low expectations we’re encouraged to have for our leaders. I don’t want a drinking buddy, I want a president. Men are presented as charismatic, while women never are. I suspect it has something to do with the fact that women are busy. They’re doing most of the parenting, cleaning, and they’re working. They are multi-tasking on a heroic level. I would like my president to be busy. The one we have now seems to have far too much time on his hands for television watching, golf playing, and tweeting out distinctly non-presidential messages on Twitter.
Perhaps we should create the position of National Drinking Buddy, which be filled by the kind of guy you want to have a beer with. He’d be fun and charismatic, drinking beer and talking about boxers and briefs with his pleasant voice. He’d go around the country on a constant drinking buddy tour. That would free us up to elect a smart, multi-tasking woman to be president.

published as an op-ed in the April 18, 2019 edition of the Conway Daily Sun newspaper 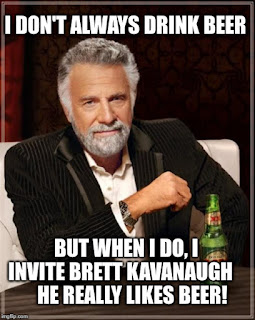 Posted by susanthe at 5:44 PM 5 comments: Links to this post 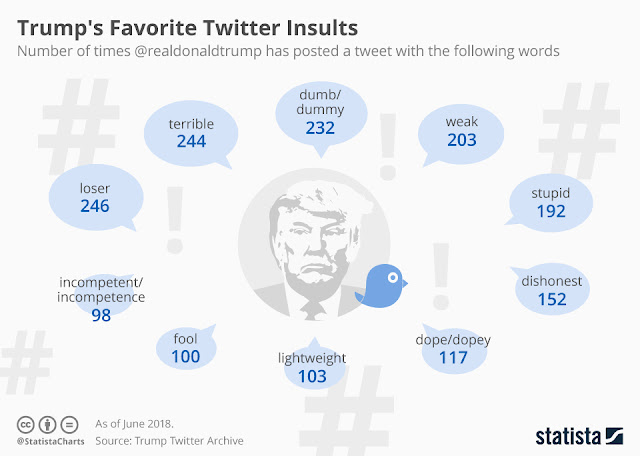 The election of Donald Trump changed politics, changed the level of discourse, and changed the way people behave toward one another. Over the course of his campaign, he benefitted from millions of dollars worth of free media. The corporate media conglomerates couldn’t devote enough of their time to the former reality TV show host and possible billionaire. The media helped build the Trump cult. They’ve covered his administration as if what’s going on within it is perfectly normal, business as usual – and that’s created a level of tacit acceptance.

We now seem to think that it’s normal for a president to spend hours every day on Twitter, tweeting out insults, threats, boasts, and frequently just nonsense. I can’t be the only one who remembers a time when we expected a certain level of dignity and decorum from the president. Trump routinely sends out insulting tweets about losers and fake news. Ironic, isn’t it? The same media that helped elect him he now calls “fake news.” Of course no matter how fake he thinks they are, he’s desperate for their attention. He’s done well at manipulating the media. Trump has learned that he can lie with impunity, in public, and no one is going to react the same way they did when Obama wore a tan suit.

We now seem to think it’s normal for presidents to have rallies around the country. We seem to think it’s normal for a president to need the kind of ego boost he gets at big rallies where he alternately boasts, threatens, and insults. The media has failed to question the reason for the rallies or provide an insight into the results. Or compare it to past presidential behavior. Surely I can’t be the only one who remembers when presidents….worked? When they didn’t spend their days tweeting insults or playing golf?

It can’t come as a surprise to anyone that this style of politics is catching on. We’ve seen plenty of it at the State House this year. A number of our elected officials seem to think this is the way to win the hearts and minds of voters in the next election. Given how few reporters cover the State House, there isn’t a lot of time devoted to the way representatives conduct themselves unless there’s an act of outrage that generates national attention. The NH GOP has become a microcosm, a veritable petri dish of Trumplike behavior.

Governor Chris Sununu campaigned as a Trump supporter, and has offered little in the way of criticism of the president. He’s done a lot of photo-ops, and he’s cozied up to the media, so Sununu is most often described as “affable,” or “avuncular.” Even his inaugural committee fiscal jiggery-pokery didn’t get the kind of media attention that it should have. Then again, NH has only two statewide media outlets; WMUR and the Union Leader, and their default setting is GOP.

Last month at St. Anselm College, Governor Sununu boasted that he had “a lot of red pens” and he couldn’t wait to veto “really dumb ideas.” This was in reference to the family and medical leave bill, because apparently, it’s a really dumb idea to want to be able to take some time off to take care of a dying husband, a sick child, or to go through chemo. Sununu refers to this as an “income tax,” and said he’d “veto it three times over and then maybe four, just to make the point.”  We get the point. The point is that Sununu, like his mentor, lacks any kind of empathy or decency. To mock the needs of thousands of NH voters as “a really dumb idea,” is the kind of rhetoric we’ve never seen from the corner office in our state before. Trickle down Trump.

This last week, the Governor had a rally on the State House steps. (A rally? Sound familiar?) The governor cashed his taxpayer-funded paycheck; drove on taxpayer funded roads, and stood before the taxpayer funded State House in front of people who were holding signs reading, “Taxation is Theft.” At this rally, he went on to dismiss the family leave bill, and mocked those who support it. He claimed that the supporters of the bill who went to his office were paid to do so. (Disclaimer: I know most of those folks. They aren’t paid.)

The lack of empathy, the mockery – it’s all right out of the Trump playbook. I confess to finding it a little surprising. There is always a lot of back and forth about Republicans versus Democrats in NH, but I’m unused to seeing a New Hampshire governor openly mock constituents. In a recent appearance on right wing talk radio, he told the host that “the people” were going to take back Senator Shaheen’s seat. The majority who elected her aren’t people? It seems the governor intends to use the Trump template to launch his bid for higher office.

I have Mike Marland's permission to use this cartoon - which I hadn't seen when I wrote this op-ed. (I wish I'd said squirrels!)

Check out more of Mike's  work here https://www.marlandcartoons.com and don't be afraid to use his PayPal donation button. We aren't overburdened with editorial cartoonists in NH - and Mike is a gem.

Posted by susanthe at 6:21 PM No comments: Links to this post