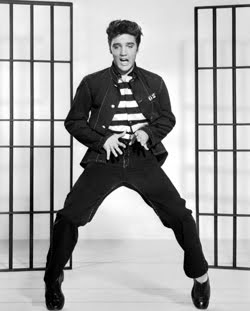 Once upon a time, we valued oratory. Lincoln’s Gettysburg Address is considered the best speech given by a US president, followed by JFK’s inaugural speech. Alas, those days are behind us. In  2018, presidential oratory comes to us over the social media platform Twitter, in 280 characters or less. What will the Trump Presidential Library look like?

This week, Donald Trump launched a tweet referring to former staffer Omarosa Manigault-Newman as a dog.  Ms. Manigault-Newman is African American. Imagine the response if President Obama had referred to a white woman as a dog?  Trump managed to hit the racist and misogynist dog whistles in a single tweet. I wonder how we’ll ever come back from this presidency, if we can, or even if we should.

We have a president who has said horrible things about women throughout his arrogant, white guy life. We’ve all seen the Access Hollywood tape where he boasts of grabbing women by their private parts. On The Apprentice, he routinely referred to deaf actress Marlee Matlin as retarded. He told Howard Stern that his own daughter was a real piece of a**. When his third wife was giving birth to his fifth child, what was he doing? Stormy Daniels. This is not a man who has any respect for women, including the women in his own family, yet Republican women still support him. The closest I can come to an explanation is that he pisses off the people they hate. What they don’t seem to grasp is that he hates them, too.

There’s a lot of that going around. NH State Senator Jeff Woodburn (a Democrat) was recently arrested and charged with domestic violence. He’s refused to resign, and his name will be on the ballot in November. Imagine the trial, and how that will reflect on our state. Also refusing to resign is State Representative Eric Schleien, (a Republican) who is going to trial for molesting a teenaged girl. The judge in the case refused a plea deal, because he wants Schleien to serve some time in jail.

At the beginning of August, the NH House released files of State House harassment complaints received since January, in response to right-to-know requests made by various media outlets.  The complaints are made to the House Chief of Staff, Terry Pfaff, who is also in charge of investigating them. One complaint was filed by a House staffer, who reported that a male lawmaker had a pattern of abusive behavior, referring to her as “the old bat,” or “the granny in the corner.” He told another legislator (in front of her) that, “she hates men.” We now know that this complaint was made against State Representative Dan Eaton, a Democrat serving his 14thterm. Eaton claimed it was good-natured banter. The woman felt otherwise. Witnesses found his behavior “immature.” Representative Eaton is 62. There was an investigation, it was recommended Eaton go to training, which he said he’d consider doing. No word on whether he actually did. State House staffers are not members of the state employees union, so they are reluctant to come forward, knowing they could be fired in retaliation.

In another instance, a female legislator reported that a male legislator stood in front of her while she was seated in Rep’s Hall and made an “offensive pelvic gyration” in front of her. Representatives are squished in like sardines, and getting in and out of their seats and out of the rows is challenging. Apparently too challenging for the third grade boys disguised as adult men in our legislature, unable to comport themselves with dignity.

These complaints should not be investigated internally. An outside agency should be retained for these investigations, so that there can be no question of political motives or retaliation. Even then, there will be no consequences. There are no ethical standards with any teeth. There are no disciplinary measures that can be taken, short of expulsion, which never happens. The prevailing attitude is always, “let the voters decide.” These are the same voters who aren’t going to learn about the behavior of their legislators unless it becomes a national story. The only real avenue available to a victim of ongoing harassment is legal action.

Abusive and harassing behavior toward women has always been lurking behind the scenes, but thanks to Trump, it’s back on the main stage. It’s behavior that is not confined to a particular party. It’s behavior related to power.  Abigail Adams reminded her husband in 1776, “All men would be tyrants if they could.” Not much has changed since the all male Constitution was written.

If you’re weary of petty tyrants who can’t even get out of a chair without pelvic gyrations, change the power dynamic, and vote for women.

Published as an op-ed in the August 18, 2018 edition of the Conway Daily Sun newspaper
Posted by susanthe at 9:17 PM 1 comment: Links to this post 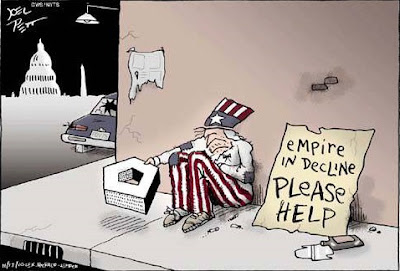 cartoon by Joel Pett for the Lexington Herald Leader

Comcast had a nationwide business phone outage during the first week of June. Thousands of companies that rely on landlines were out of luck for a couple of days. Comcast provides business and residential service in 40 states. An outage affecting that many states should have been a big story, but it wasn’t. You didn’t see it on the nightly news, or read about it in your local paper. I only know about it because it impacted my workplace for two days, and I had to dig to find the story.

Comcast is a huge telecommunications company. They’re the top broadband service provider in the United States. Back in the olden days, we were wary of monopolies, so Ma Bell was busted up back in 1983. By 1940, Bell owned most of the telephone service in the US. An anti-trust lawsuit brought in 1974 alleged that Bell was using illegal practices to stifle competition. The settlement of that suit resulted in the 1983 divestiture.

Somewhere along the way, we stopped worrying about monopolies, and decided to let them flourish. As a result we have few local banks, even fewer independently owned commercial radio stations, and we have telecommunications monopolies that provide us with lousy service for extremely high costs.

The 40 state, two-day phone outage should serve as a cautionary tale. At a time when our president is talking about creating a new branch of the military to allegedly defend us from space, it’s worth noting that an enemy of the US could dismantle us by neutralizing the two biggest telecoms. They’re perfect targets. It would be so much easier to hit one giant company than 50 smaller ones. The resulting confusion and inability to communicate would mean we’d be hard pressed to defend ourselves, even if every gun totin’, gummint hating,  freedumb fighter got out their arsenals and started firing.

These monopolies should be regarded as what they are – a threat to our national security. Combine them with our crumbling infrastructure, and we’re in a big mess. The preferred course of action, however, is to give corporate America big tax breaks, fail to invest in our country, and continue to allow those mergers. The latest idea from our leader is to invest in a Space Force. What is it with these old Republican men? Reagan stuck us with Star Wars, the missile defense program that wasted over $260 billion taxpayer dollars and accomplished nothing.

Our president has acknowledged that there was Russian interference in our last election, but far from being concerned, Congress opted to cut spending on election security. We continue to live in a past where the USA really is number one, and we are invulnerable. Or maybe this is just their way of letting us know that elections really don’t matter any more.

Telecommunications are not the only potential security weakness we have. Do you really believe that our nuclear power plants are amply protected from enemies? Samples of plutonium were stolen from a government contractor’s car last year in San Antonio. They’ve never been recovered. Earlier this year we learned that the airmen who guard nuclear missile silos were taking LSD and other drugs. The Air Force claims they weren’t using drugs while on duty. None of this inspires confidence.

What about the power grid? We’ve been repeatedly warned that the grid was susceptible to a cyber attack. Ponder what would happen if a cyber attack on the grid were combined with an attack on a monopoly telecom.

Meanwhile, the TSA has a domestic surveillance program called, “Quiet Skies,” where Americans who are not suspected of any crime, but match behavioral criteria are being investigated by undercover air marshals who trail them. Fidgeting, facial flushing, or “a cold penetrating stare,” are all grounds for surveillance. This is intended to mitigate the threat to commercial aviation posed by unknown or partially unknown terrorists. In the face of very real threats to our elections and infrastructure, our choice is to spy on fidgety fliers. No information is being disclosed as to how successful this program is, if any terrorist plots have been foiled, or arrests made. If there had been, it would certainly be headline news.

While we debate about whether climate change is real or not, other countries are embracing science and technology and moving forward into the future. They’re leaving us behind in the dust of our egotistical past.

Published as an op-ed in the August 3, 2018 edition of the Conway Daily Sun newspaper

Posted by susanthe at 8:49 PM No comments: Links to this post