It Is Who We Are 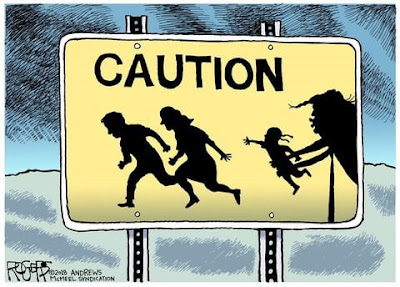 As I watch the horrifying human rights violation unfolding in my country, where children are being taken from their parents and sent to various locations around the country, I keep hearing, “This is not who we are.” That, unfortunately, isn’t true. It’s exactly who we are. It is who we’ve always been.


A number of our founders owned slaves, and they wrote a founding document that counted those slaves as three-fifths of a person. From the very beginning, the US was okay with white people owning non-white people. The plantation system allowed those white owners to abuse the non-white slaves.  Eventually slavery ended, but the long-term effects continue to resonate in this country where black men are shot by police, without reprisal.

Beginning in the late 1800’s Indigenous American children were forcibly taken from their parents and sent to boarding schools where they were given European style haircuts, European style names, and were forbidden to speak their native languages. There are many documented cases of sexual, physical, and psychological abuse that took place in those schools. Children were taken from their families and communities and tortured. Sound familiar?

In June of 1954, the US began what was charmingly referred to as “Operation Wetback.” This resulted in the arrests of over 100,000 people in a two month period, and as many as a million were affected during the life of the program.

We’ve always had a tortured relationship with Mexico. The US has interfered mightily in the political affairs of South America. We have always relied on undocumented workers to do the work we don’t want to do ourselves. Undocumented workers built Trump’s hotels. Undocumented workers clean our houses, care for our children, mow our lawns, and work in our meat packing factories, our hotels, our farms, and vineyards. And despite all that, we have nothing but contempt for these people who do all this work at considerably lower wages than white people would command.

The mythology sprung up that undocumented workers are taking jobs away from “real” Americans. (Real = white.) There hasn’t been a flood of white workers moving to California to pick lettuce. White Americans aren’t lining up at hotels to scrub bathrooms. The myth was useful though, because it allowed for the perpetuation of anger against all brown people. That anger simmered for decades, but reached full boil when Barack Obama was elected president. The ideological divide also became an ugly racial divide, which allowed the far right to blame Obama for inciting their racism.

For years we heard that President Obama wasn’t born in the United States, he was born in Kenya. One of the loudest, crudest proponents of that belief is now the president of the United States. Trump has always been a racist. In the 1970’s, Trump the landlord fought against complying with the Fair Housing Act. He took out ads urging the death penalty for the black and Latino teenagers who became known as the Central Park Five, who were accused of raping a white women. A decade after they’d been exonerated by DNA evidence, Trump continued to insist they were guilty.

Trump began his run for the presidency calling Mexicans criminals and rapists. He’s surrounded himself with white nationalists like advisor Stephen Miller, the architect of family separation at the border. Like Jeff Sessions, career racist.

That has led us to this place, where we have children being kidnapped by the US government at the border. We’ve seen footage of boys in repurposed Walmarts. What we haven’t seen is footage of wherever it is they take the girls and the babies. We don’t see where they take the girls and the babies, because that doesn’t fit in with the propaganda. Trump and Sessions talk about MS-13 all the time, to create the illusion that every brown person who crosses the border to escape from the hell their own country has become is a burgeoning gang member and criminal. Even the most hardened member of the Trump cult would have a hard time selling that story over footage of toddlers crying for their mothers.

A nation that proudly declares itself Christian is allowing this to happen. A party that pretends to be pro-life is encouraging the torture of children.

The rest of the world is watching us in horror. The United States, is engaging in a massive human rights violation and no one dares step in because we have a lot of nuclear weapons, and our president is an angry, unpredictable toddler who lacks impulse control. The country that liberated concentration camps in WWII is now building them, right here at home.

It’s been an interesting experiment, the United States. We had a lot of lofty goals. Could we rise above now, and give voice to our what Lincoln called the better angels of our nature? I wish I thought we would. Racism has broken us. It is who we are. It is who we’ve always been.


Posted by susanthe at 6:54 PM 4 comments: Links to this post 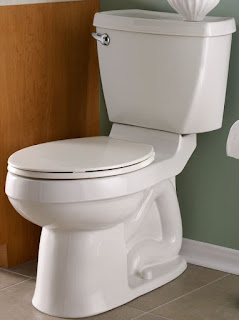 New Hampshire is a state with no income tax and no sales tax. A state where we are constantly warned that we must live within our means. For decades, the Republicans who govern our state have worked overtime to ensure that we have such limited means that we can’t ever fix anything that needs fixing, which is why 12% of our bridges are red listed for “structural impairments.” Our intentionally limited means ensure that our state parks are in desperate need of maintenance and repair.

One might think that in a state where tourism is our number two business, we’d want to make that investment, but our limited means do not permit. Speaking of number two business, we have closed rest areas in Antrim, Epsom, and Shelburne, in places where tourists would undoubtedly like to stop. They were all closed in order to save money. Perhaps we could reopen them if the tourists signed an affidavit saying that in exchange for using the rest room, they swear they’ll buy a case of Hennessy on the way out of state? (Paying cash, of course.)

Given our constant state of poverty, I was surprised to read what Governor Sununu had to say at the annual spring luncheon for Seacoast Republican Women. From the story in Fosters:  “Despite Democratic criticism of his budget he said, “we have more money than we know what to do with.”

If that’s the case, it seems our governor lacks imagination. I’ve tweeted suggestions to him about things we might do with all that money. Build a secure psychiatric unit that isn’t part of a prison, for treating our people who have mental illness. Eliminate the shameful wait list for developmental disability services. Fix all the red listed bridges. Open up those closed rest areas, fix the state parks…the list is endless.

He also said, “We slipped for a long time, but we’re back. New Hampshire is the gold standard. A 2017 CNBC report found that NH has the second worst infrastructure in the nation. We don’t seem to be using any of that gold to repair our roads, bridges, dams, water systems, etc. In fact, given those closed rest areas, we don’t even qualify as American Standard.

I’ve said it before (and I’ll say it again!) that NH is the seventh wealthiest state. We are intentionally starving our state, so that we can continue to fail to invest in the present and the future.
Our politicians are proud to take The Pledge, which refers to the Mel Thomson/William Loeb pledge against the creation of a state income tax or sales tax. The Pledge became popular in the early 70’s and continues to be GOP cult dogma.

New Hampshire’s peculiar system of funding our state government through fees and property taxes results in an underfunded state government. It isn’t the fault of the folks at the DMV that you wait for hours in line or can’t get through on the phone. They are chronically understaffed on purpose. That understaffing makes you the public unhappy, and willing to buy into the first tenet of GOP gospel: government is the problem. It certainly is when they’re running it.

It’s all a false “economy.” As the 7thwealthiest state, NH is certainly capable of generating revenue. Our secret is that we don’t want to. One thing the Republican Party fears above all is having enough money to fix the things that were deliberately neglected for decades. The scaremongering around The Pledge is key to their continued dominance in the state.

A recent twitter exchange was a perfect illustration. Greg Moore is the head of Americans for Prosperity NH. AFP is an arm of the Koch brothers that has managed to achieve a disproportionate amount of influence over our state finances. Greg tweeted out that NH revenues are up in May, and claimed Trump’s tax reform is driving the NH economy forward. A reply to that tweet came from Grant Bosse, who wrote, “Don’t tell them! They’ll come back to spend it!”  (He was referring to the legislature.) Grant Bosse is the editor of the Union Leader’s editorial page. Before that, he worked for the Josiah Bartlett Center, the right wing think tank funded by the Koch brothers.


That is, of course, easily translated into “spending is bad.” A successful business that invested in itself would be lauded, particularly if that came in the form of higher wages for workers. In NH success is defined as austerity. We don’t invest in education or any real safety net. We don’t even fix what is broken. To say that NH has “more money than we know what to do with,” in the face of our state’s many desperate needs is truly an obscenity. 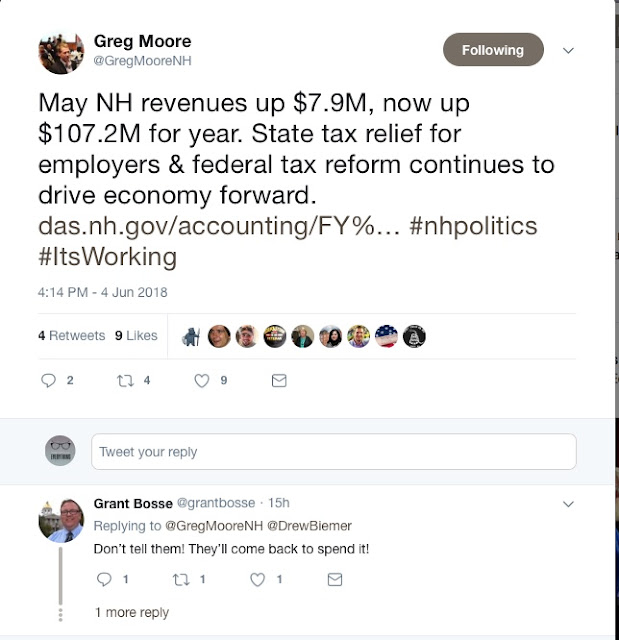 Published as an op-ed in the June 8, 2018 edition of the Conway Daily Sun newspaper