“We have same day voter registration, and to be honest, when Massachusetts elections are not very close, they’re busing them in all over the place,” Sununu said.

He also said the system was rigged. A week later, Sununu was elected governor of NH, and had to pedal backwards furiously. After all, if all those buses from MA came to NH and voted – it meant they voted for him, and he didn’t want anyone to question HIS win.  Days after the election, Brave Sir Robin announced that he no longer believed the system was rigged.

On right wing talk radio, Sununu was asked how come Democrats have repeatedly won gubernatorial elections. His response was to lie and blame voter fraud. Too bad he wasn’t honest enough to point out that one-term Governor Craig Benson’s corrupt shenanigans poisoned his party for several cycles. The NH GOP couldn’t manage to find strong candidates. In 2014, they tried to pass off a guy from out of state as a viable NH candidate. Then of course, there was the phone jamming scandal of 2002, which poisoned the brand – but given that is how his brother was elected to the US Senate, one wouldn’t expect him to mention that. Easier to blame mythical fraud.

Meanwhile, Trump announced in January that he was going to investigate voter fraud. Winning the election wasn’t enough for him. That anyone else got any votes had to have been a result of “widespread voter fraud. In February, Trump announced that the reason he lost NH was because of widespread voter fraud and thousands of people were bused in from Massachusetts. Did the bus hide behind a tree in Jackson? Where did they park that bus in Hart’s Location?

Trump was (and still is) miffed that everyone in the US didn’t vote for him. He’s an insecure little tyrant, and he desperately needed the validation of a NH win. Trump’s acolyte, Governor Sununu was again forced to say that there was no widespread voter fraud because, again, he didn’t want his win to be questioned. Since then, Trump the sore winner, has continued to complain about the election on Twitter, as world leaders do.

In May, Trump issued an executive order establishing a commission on election integrity. Vice President Mike Pence is chairing the commission. He spouts the same false claims Trump has made about voter fraud. As Governor of Indiana, he supported a crackdown on a statewide effort to register African American voters. The commission’s vice chair is Kris Kobach, the Kansas Secretary of State. Despite all evidence to the contrary, Kobach continues to insist that voter fraud is widespread. A number of his voter ID provisions have been struck down in federal court. He’s been fined for misleading a federal judge in a voting rights case, and is currently the subject of a Hatch Act complaint that alleges he’s exploiting his position on the commission to promote his candidacy – he’s running for governor of Kansas.

This is how we know the commission on voter fraud is fraudulent. Frauds are in charge of it. Regrettably, NH’s own Secretary of State, Bill Gardner has allowed himself to be used by the fraudsters. He’s on the commission, too. Gardner has been serving as Secretary of State since 1976. He’s been making inconsistent noise about voter fraud for a few years and now claims he wants to clear up any doubts about election integrity. That the same people who are using him created the doubts about election integrity appears to have escaped his notice.

The commission intends to create a national voter database, and has begun by requesting a lot of information from every state about voters, including: names, addresses, birthdates, party affiliation, electoral participation history, felon status, and the last 4 digits of their Social Security numbers. So far, 44 states have refused to comply with some, if not all, of the demand to produce this information. Bill Gardner is willing to provide it all. Only a court challenge is preventing it from happening.  After a lifetime of public service, this will be Gardner’s legacy.

In 2005, NH Republicans were outraged by the REAL ID Act, claiming that this would create a national identification database. In 2017, they are rolling over for Donald Trump, and insisting that those who are opposed to the creation of a national voter database “have something to hide.”

To show us all how well the fraudulent fraud commission will do with handling sensitive information, they’ve just released 112 pages of unreacted emails from people commenting on the commission. Their names and email addresses have all been made public. 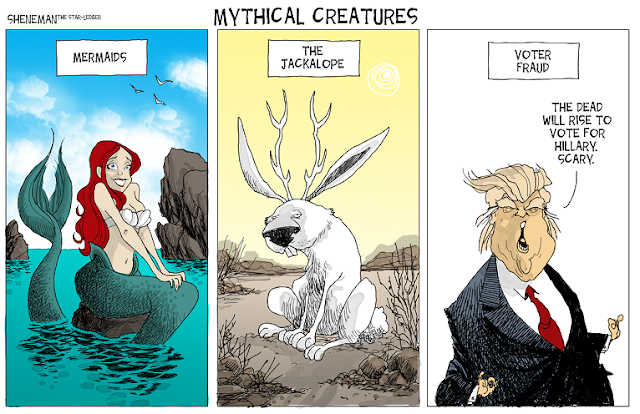 Posted by susanthe at 8:09 PM No comments: Links to this post 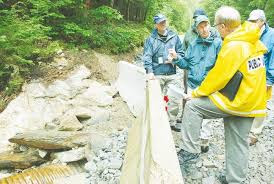 In 2005, torrential rains caused flooding in Cheshire County.  Between 8 and 11 inches of rain fell on Sunday, October 9, 2005 A third of Keene was underwater, 2 people drowned in a car in Unity, and a double-arched stone bridge was washed away in Walpole. Alstead was hit the hardest. A weakened dam and a broken culvert resulted in a 4-5 foot wall of water surging downstream, damaging a dozen bridges on Rt. 123 and damaged several miles of road. Four people died. It was a disaster.

Governor John Lynch was in Europe on a trade mission. He flew back on Sunday, and the day after the storm, he was in Alstead.  The governor declared a state of emergency, and traveled all over Cheshire County assessing the damage.  Lynch spent a great deal of time in Alstead, where houses and businesses had been washed away. The rebuilding and repairing took over three years.

Six years later, Tropical Storm Irene blew through NH and Vermont, wreaking havoc in late August of 2011. The damage was profound in the northern part of the state, where what little infrastructure there is was badly hurt. Part of Route 16 was washed out. Rt. 302 (the only other method of north/south egress) was washed out by the Willey House and the Sawyer River Bridge was completely wiped out. Part of the Kancamagus Highway was damaged. The Notchland Inn, located in Harts Location, between the two was isolated for days. Governor Lynch flew into Harts Location in a helicopter to assess the damage and begin taking the steps to get FEMA money flowing to help repair and rebuild. The timetable was crucial because in just a few weeks, tourists would be arriving to see the fall foliage. Those roads and bridges were vital to the area’s economy.

Whatever one’s political leanings were, it was clear after 2005 that Governor Lynch excelled in handling disasters. His slicker was ready to jumpstart as needed. The roads were all open by foliage. A temporary bridge spanned Sawyer River while a new bridge was built.

Each of these were declared to be “hundred year storms,” or the kind of storms one would see every hundred years. Apparently a hundred years isn’t what it used to be.

On Saturday, July 1, 2017, six years after Irene, torrential rains pummeled the northern part of the state. Rain fell at about an inch an hour. There was serious flooding in a number of places. The usual places along the Saco flooded. Campgrounds in the Campton area flooded. Roads were washed out around Grafton County. Orford was especially hard hit. A large section of Rt. 25A was wiped out. Nearly every road in the town of Sugar Hill was damaged. The old culverts that the town hasn’t been able to replace proved to be inadequate.

Roads were washed out. Roads were undermined. The next day, (Sunday) stories of campers being rescued from flooded campgrounds, and videos of roads disintegrating were everywhere. Upper and Lower Falls on the Kancamagus were closed, because the water was still so wild.  The cleaning up began.

It wasn’t until Monday that our governor appeared on the scene. Governor Chris Sununu flew over Grafton County in a helicopter. He landed in Campton at a campground and spoke to some tourists from out of state who had been rescued. A reporter from WMUR was with him. Sununu said he “is likely” to seek a federal disaster declaration from President Trump. He thanked the first responders, and the local fire and rescue. He then made his most important point – that despite the extensive damage, “New Hampshire’s open for business.”

That stop in Campton appears to be the only stop that the Governor made. He did march in some parades on the Fourth. As I write this, the Governor has still not issued a formal statement.

Meanwhile, in New Hampshire, we have a guy who made a big deal of interfering with Fish and Game about some bears. We have a governor whose first legislative priority was passing a gun bill. We have a governor that did a flyover of Grafton County, made one stop, then announced NH is open for business. We have a governor who began complaining about voter fraud before he was elected, and has spent a lot of time on this non-existent problem. Forty-four state governors have refused to send voter registration information to the bizarro Trump commission, yet Sununu is eager to comply. We need a governor who is willing to work on the real problems of our state. One of our realest problems is our infrastructure, and this storm just damaged what was already deteriorating.

We need a leader. This latest crisis proves that we don’t have one.


Published as an op-ed in the July 7, 2017 edition of the Conway Daily Sun newspaper.
Posted by susanthe at 7:47 PM 3 comments: Links to this post