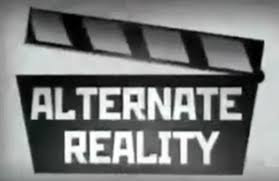 It’s that time of year – when it’s time for our state representatives to file bills for 2018. At this larval stage, they’re called LSRs, or Legislative Service Requests. A legislator has an idea for a bill, and so they come up with a title and may begin drafting it, before turning it over to Legislative Services where the intent and language will be fleshed out. Some will be withdrawn by the sponsors. Some will make it all the way to being on the House docket in 2018. Right now, the fledgling LSRs are titles only, and available for viewing on the NH General Court website. There are currently 685 LSRs proposed by House members. Sixteen have already been withdrawn.

This was not a scientific poll, but it’s likely that most voters in our state have some of the same concerns. Worried about health care? Representatives Josh Moore and Jeanine Notter are sponsoring a resolution to affirm the state’s religious heritage and constitutional right to practice religion and fee speech. Desperate for property tax relief?  Jeanine Notter and Victoria Sullivan are sponsoring an LSR, “relative to information regarding abortion.” That’ll help you hang on to your house.

Concerned about the lack of housing? This very newspaper has pages of help wanted ads and about a column and a half of rentals. If affordable housing is one of your issues, you’ll be glad to hear that Rep. Dave Testerman has an LSR that would include “sexual reassignment” under the definition of child abuse. Worried about our failing roads, bridges, sewer, and water systems? Rep. Dan Itse wants your driver’s license or non-driver ID to include your citizenship status.

Is the cost of higher education and the loss of young people worrying you? Rep. Brian Stone would like to establish the University System of NH as a political subdivision of the state. Because putting the legislature, a place of science denial, where at least 40 representatives don’t know how to use email, in charge of the university system is a brilliant idea.

Worried about low wages and income inequality? Rep. Dan Itse is sponsoring a resolution calling for the pardon of Jerry DeLemus who was convicted for his role in the armed standoff at the Bundy Ranch, where he was “protecting” Cliven Bundy who owed the government over a million dollars in grazing fees.

You get the idea. The issues that are most concerning to NH residents are not reflected in the 2018 LSRs. Rather than deal with the real problems facing our state; the Republican majority is throwing a Tea Party. They know, of course, that this is may be their last chance to do the kind of social engineering that the basest of their base drools over. They have a Republican governor for the first time in decades, and Trump acolyte Chris Sununu is their best chance at passing some of this dreck.

Abortion, gender reassignment (three LSRs so far), eligibility for public assistance, coercive abortions, voter ID, domicile (seriously – more of this?) …. none of these are issues that even came up in my survey. There is an LSR proposed by Rep. Steve Smith to eliminate the commission that studies the recommendations of the National Transportation Safety Board. One can see why that would be a priority.

Rep. Mindi Messmer is sponsoring an LSR aimed at protecting our water from PFOAS, and remediating the Coakely Landfill in Greenland – a superfund waste site. Rep. Travis Bennett is sponsoring an LSR establishing a committee to study the fiscal impacts of repairing or replacing our water supply systems, aka our crumbling infrastructure. None of these are likely to go anywhere in the coming session.

The entire point of our foolishly large, volunteer legislature is to provide real, accessible representation. Because they are unpaid, we get the rich, the retired, and the crazy.

They’re having a tea party at the legislature in 2018. Let’s hope it will be the last.

Posted by susanthe at 7:20 PM No comments: Links to this post 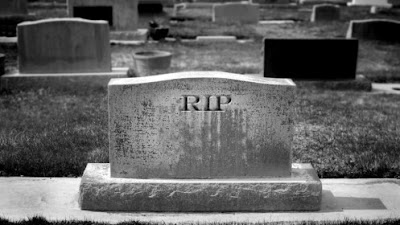 It’s been quite a week in New Hampshire. An armed man went into the ICU at Dartmouth Hitchcock Medical Center and shot and killed his mother. There was an attempted armed robbery at a bank in downtown Concord. The investigation into the attempted lynching of an 8-year-old biracial boy in Claremont continues. The Pence Kobach Fraud Commission met in NH to continue in their attempt to legitimize their bogus claims of widespread voter fraud.

The meeting of the commission was held at St. Anselm’s College, a private, religious school. Former US Senator Judd Gregg helped St. Anselm’s obtain $15 million in federal funding to renovate the building that became the school’s Institute of Politics. The executive director of the Institute of Politics is Neal Levesque, who worked for former Congressman Charles Bass for 12 years. A In other words: a public, allegedly non-partisan commission met at a private, religious, rather partisan school.

Two months ago, I wrote that Kobach was under investigation for violating the Hatch Act, using his role in the commission as part of his 2018 campaign for governor of Kansas. That investigation continues. Since then, we’ve also learned that not only is Kobach the Secretary of State for Kansas, he’s also moonlighting as a paid columnist for Breitbart News. Breitbart being a far right “news” outfit run by Steve Bannon, the recently expelled advisor to President Trump. Breitbart’s ties to white supremacists resulted in them losing 90% of their advertisers between April and June of 2017.

This is the publication that pays Kris Kobach to write a column. A Kobach column in Breitbart was part of the misinformation packet handed out at the meeting of the Fraud Commission. Testifying before the Voter Fraud Commission in NH were 12 white men. There were no women. No people of color. No town clerks or supervisors of the checklist participated in this fact-free extravaganza.

As soon as Donald Trump was elected president, he began to whine about voter fraud. He won the election through the Electoral College. That he failed to win the popular vote has been a terrible blow to his overweening, childlike ego. Trump is the bestest, smartest, most wonderful person ever, and that every person in the United States didn’t vote for him can only mean one thing – fraud.

NH Governor Chris Sununu paved the way for this by bleating about “busloads of voters from Massachusetts” on the Howie Carr radio show, days before the election. Chris Sununu did not attend the fraud side show – how could he? His father, the disgraced philatelist, was ensconced on the dais. No one asked him how all that fraud impacted his son’s election. No one asked him why his family wants to sabotage NH elections.

Sununu-the-younger has had to walk back his claims of voter fraud, given that he was elected. The Republicans would have us believe that the fraud was confined to only two races – the presidential race and the US Senate race. We’re being asked to believe that people came to NH to fraudulently vote for only two candidates. In that same election, Republican Chris Sununu was elected, and the Republican Party now controls the entire state government. We’re also being asked to believe that THOSE votes weren’t fraud.

You can’t have it both ways.

One of the ideas suggested by a witness testifying before the Fraud Commission, was doing background checks on voters. The kind of background checks that are so bitterly opposed by NH gundamentalists. These are the kinds of contortions that the far right will engage in to try to ensure they stay in power. Another suggestion is raising the voting age; to ensure college students don’t vote. It seems the GOP platform has little appeal to young voters, so rather than do the hard work of recruiting, they’d prefer to just eliminate young voters.

NH Secretary of State, Bill Gardner is part of the Sham Commission. In recent years he’s become the tool of those claiming voter fraud, chosen to give them bipartisan credibility. Gardner has been in office since 1976. After a long career in public service, he has besmirched his legacy of defending the first in the nation primary by legitimizing this charade.

What should offend every one of us is the damage being done to our elections by this commission. This craven nonsense is an insult to every town clerk, every moderator, the supervisors of the checklist, the ballot clerks, and every volunteer that is part of our election process – a process that has been working just fine for hundreds of years. That the majority party has chosen to perpetuate this circus tells us that they’ve abandoned any integrity they may have once had.

I’ve long said that when NH loses the first in the nation primary, it will be because of the GOP. Say goodbye, NH. It’s all over now but the shouting.

This was published as an op-ed in the September 15, 2017 edition of the Conway Daily Sun  newspaper

Posted by susanthe at 7:15 PM 5 comments: Links to this post