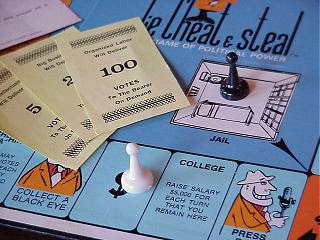 Lobbyists at the NH State House wear orange badges that identify them as lobbyists. In 2007, there were 252 registered lobbyists. I was surprised at the last hearing I attended to see how many of them were in the room. It was a hearing on water issues, and there were as many lobbyists present as there were citizens. It wasn’t always this way – one might see a lobbyist in a hearing. Now they are everywhere.
Lobbying is big business in NH these days. According to Nashua Telegraph writer Kevin Landrigan, lobbyists in NH earned $9.6 million in fees last year – a substantial increase over 2006, wherein they netted only $5.4 million. This information isn’t easy to come by. Lobbyists find the NH laws on reporting cumbersome. The extent of disclosure is weak, and NH does poorly on gathering data. We are one of 10 states that do not report which industries spend the most on lobbying. To get information, one must dig through the vast number of monthly reports filed at the Secretary of State’s office.
Big legislative battles last year undoubtedly account for the heavy increase in lobbying fees. There was legislation requiring health care coverage for dependants up to age 26, and covering divorced spouses for a period of time. That brought the health care lobbyists out in full force, with over $1.3 million spent on lobbying. Legislation aimed at limiting the amount of interest charged by payday loan companies brought out the sharks. NH currently has no limits on the amount of interest these companies can charge, and the average seems to be somewhere around 500 percent interest.
A bill to actually weaken NH lobbying laws has already passed the House, and is currently in the Senate. HB 91 would eliminate the requirement currently in place that lobbyists must disclose campaign contributions. Based on how much lobbying money goes into senate campaigns, it seems likely to pass.
NH State Senator Bob Clegg, who is running for Congress in CD 2, is the lobbyist’s best friend. He received over $5000 from lobbyists. Lou D’Allesandro and Betsy DeVries weren’t far behind. Our local senators didn’t rake in the same kind of big dollars, though it’s interesting to peruse those reports and find out where their money does come from. The Secretary of State’s office has this information online. It is fascinating. Senator Joe Kenney received $1,250 in easily identified lobbying contributions – and by that I mean the big lobbying firms in NH. Sheehan, Phinney Capital Group, Dupont Group, Orr and Reno, Devine, Millimet, and Branch, and The Demers Group are names that came up for either or both Senator Gallus and Senator Kenney.
Even more fascinating are the PACs and other special interests. RJ Reynolds, and Glaxo Smith Kline made donations to both Gallus and Kenney. Gallus also received a $200 contribution from New England Payday Loans in 2006. Phillip Morris is supporting Senator Gallus with a $500 contribution in 2007. The lobbyists are already starting to write checks to Gallus in 2007. Senator Kenney’s reporting isn’t as clear – he had no 2006 reports filed under his name. The Friends of Joe Kenney PAC took in a lot of mostly PAC and other special interest money – about $25,000 for the campaign season, and spent it all. In 2007 there are no reports filed for Senator Kenney. Senator Gallus’s reports are clearer. He received many small individual contributions, and he also received a lot of special interest money. Merck, Verizon, Wal-Mart, Pfizer, PhRMA (the pharmaceutical industry’s biggest PAC), and the St. Lawrence and Atlantic Railroad of Quebec are some of the special interest donors. Senator Gallus received almost $34,000 in contributions in 2006. He didn’t spend much of it, as $26, 515.87 was brought forward from the 2006 campaign and rolled over for 2008. In 2008 he already has over $33,000 for his campaign.
One could spend hours looking into this, and we all should. The lobbyists claim that it’s just “good business,” “it’s about being able to be heard.” Most of us can’t afford to purchase those kinds of hearing aids. Our votes still count, and we all still have the right to call our legislators and do our own personal lobbying on our own concerns. We’re all aware of the influence of money on politics on the national level – and now we’re seeing the same sort of trickle down economics at work, in the NH legislature.
Weakening the current lobbying laws so that lobbyists don’t have to report campaign contributions will just make it harder to track those contributions. Those who wish to track will have to go to the reports of each and every legislator. Without lobbying reports to keep them honest an unscrupulous legislator may see this as an opportunity for their own personal corn roast. Having both lobbyists and legislators disclose these contributions is a system of checks and balances that are in the best interests of the voters of our state. The reporting system should be going toward creating greater transparency, not creating more secrecy.
The only way we will ever get away from the pervasive money influence is to initiate public funding of campaigns. When money is taken out of the equation, then we’ll be closer to government for the people and not for the special interests.
I urge folks to call their Senators, and tell them you’re opposed to HB 91. Tell them you think lobbyists should have to disclose all campaign contributions, and for that matter, so should senators.

Posted by susanthe at 1:51 PM No comments: Links to this post 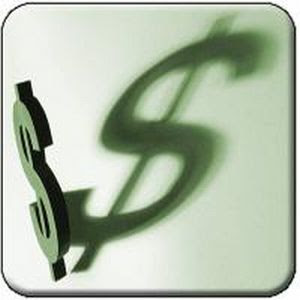 The Pew Research Center released a report last week, grading states on the efficiency of their governments. NH scored a D+ - the lowest grade in the nation. The report found that NH is particularly weak with regards to our infrastructure, and long range planning. At this point, the 10-year transportation plan will take approximately 22 years to complete. The state has no capital plan. There is no plan for communication infrastructure. For hundreds of years we’ve been told that cheap equals efficient. Apparently that just isn’t so.

Our state government is structured in such a way as to restrict government growth. It’s a good thought – and one that worked okay a century or two ago. The governor serves a two-year term. Agency heads serve four-year terms. Every governor is forced to deal with agency heads that may be completely hostile. A governor has little chance of enacting any reforms. The two-year election cycles apply to all state legislators as well. That two-year cycle does not lend itself to long term planning. The fact that those legislators are paid $100 a year ensures that that many of them are retired, and some quite elderly. I once testified before a committee, my testimony punctuated by the snores of one distinguished fellow, who awoke to educate me about the cost of a Model T Ford in 1940. I appreciate his dedication and service to the people of our state, but I don’t want him on the panel develops a plan for our communication infrastructure needs. We know that some legislators are befuddled by computers and email. Will NH develop a plan for communication infrastructure, or will it be ignored, and put off – like education funding or infrastructure funding?

The state is funded by a variety of narrow based taxes, the heaviest burden being comprised of property taxes. This regressive form of taxation ensures that NH is always in a financial crisis. As long as the state is in perpetual crisis mode, there can be no planning for the future, because monies must be aimed at paying the latest pound of cure for the most recent disaster. Our regressive tax system ensures that the state will never have enough money to deal with important issues like infrastructure. Remember all the talk last year about the sorry state of dams around the state? Think they’ve been repaired in the last year? How will this year’s spring thaw affect those dams?

I’ve just committed NH heresy by criticizing our tax structure. For decades we’ve been told that the only way to have effective state government is to tighten our belts, and make budget cuts. Any criticism of this makes one a “tax and spend librul.” Any criticism of “the pledge” makes one a candidate for burning at the stake. The terms have been defined by the NH GOP – and those terms ensure that there is no honest discussion of how our state government is funded. The pledge is a form of censorship. The pledge ensures that we can’t even talk about it, because if you want to discuss it, either you’re in favor of the underfunded crisis mode state government, or you’re a heretic who wants to RAISE TAXES. It’s been my experience that in order to solve a problem, one has to be able to discuss all of the options for solving it. That seems to work everywhere but NH.

One of the big problems in NH is that we hate change, and we want to do things the way we’ve always done them. This is why we have some duplication in state government. The Dept. of Fish and Game is sinking – hunting and fishing license sales have plummeted. The culture is changing – and shifting away from hunting and toward other forms of outdoor recreation. Occasionally there’s a great outpouring of concern as to how we will continue to fund the Dept. of Fish and Game. No one ever seems to wonder why we should. If Fish and Game isn’t financially feasible any longer, why not downsize it and merge Fish and Game with the Dept. of Resources and Economic Development? The Dept. of Resources and Economic Development already includes Parks and Recreation, Forests and Lands, and Travel and Tourism – so why not Fish and Game, too? This, too, is heresy. To suggest that NH change is just – wrong. There must be ways to honor the past while moving into the future. It’s a pity we aren’t interested in being creative enough to find those solutions, instead of being mired in the way it’s always been.

Former Governor Craig Benson was hailed as a successful businessman who would run our state like a business. We all remember his kitchen table analogy, about living within our means. No one ever dared point out the flaw in his thinking. Envision a business facing steadily rising overhead costs. Will they keep the price of their product the same? Or will the price of their product be increased, in order to stay in business? In NH, the answer to rising overhead is to eliminate revenue sources, while cutting spending – and this is presented to us as a sane way to run a state. It’s the D+ way.

Posted by susanthe at 1:28 PM No comments: Links to this post