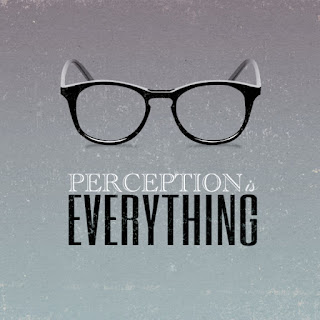 Two weeks ago I wrote about the legislature being called back for a special vote on a bill to give law enforcement an extra $1.5 million to deal with the opium crisis. To recap: The original bill, SB 485, failed to pass because a non-germane amendment concerning state employee health care was tacked on, to ensure that it wouldn’t pass. It didn’t. By one vote. The Governor wanted it to pass. House and Senate leadership wanted it to pass. Law enforcement wanted it to pass.

And so, a bipartisan group got together, eliminated the poison pill amendment, and wrote a new bill, HB 1000. The House and Senate were called back in to vote on it. Some representatives were very unhappy at being called back. They were so unhappy that they spent two hours debating whether to suspend the rules in order to vote on the bill. The legislative session began at 10. They didn’t begin discussing the bill till after the lunch break.
The vote was 241-97 to suspend the rules. It’s a small group of GOP miscreants who continually obstruct and delay, but they’re incredibly effective at wasting the time of their colleagues. They made a big point of asking the Speaker if leadership could vote without fear of retribution. It was the last day of this session, what did they think he going to do to them? Change the combo on their locker? Take their lunch money?  Send them to detention?

This voting session came into being because of a non-germane amendment.  To illustrate their displeasure, the libertea faction proceeded to propose 7 non-germane floor amendments to HB 1000. Most were an attempt to add in the language of bills that had already failed or been vetoed. Rep. JR Hoell, for whom guns appear to provide his sole reason for living, put forth a floor amendment to add on a provision that would repeal the requirement for a concealed carry license. Another amendment would have allowed stores to sell syringes without a prescription. Yet another would have allowed towns that have no public schools to use public funds to send children to private religious schools. All seven of the non-germane amendments failed by wide margins, but did succeed in wasting hours of everyone’s time.

Eventually HB 1000 passed by a vote of 235-74. They moved on to attempt to overturn the governor’s veto of six bills. The first prohibited the confiscation of firearms and ammo during a state of emergency. This has never happened in New Hampshire. It was proposed in New Orleans during the aftermath of Katrina, but that story has been twisted by the NRA to get the gundamentalists up in arms, which isn’t exactly a challenge. They’re easily manipulated. (One can only imagine their disappointment in the fact that Obama never even tried to take their guns away, after 8 years of caterwauling about it.)  The veto override failed. So did the attempt to override the veto on the bill repealing the concealed carry license requirement, so that bill failed twice in one day. The override of the bill to use public funds for private religious schools failed. All six override attempts failed.

The last debate concerned an entry in the House journal. Every voting session day begins with an “invocation” which is another way of saying prayer. The prayer was edited in the print version, as many things are. All of the “umms” spoken in a speech are edited out. The minister made reference to “children, born and unborn” in his prayer, and that was truncated to “children.” There’s also a tradition of editing overly sectarian or politically charged language in favor of more neutral language in the permanent record. Fetus fetishist Warren Groen took exception to this editing, and made a fuss. You may remember Warren Groen as the representative who made the fetus speech to fourth graders visiting the legislature who proposed making the red tailed hawk the state bird. The vote to amend the journal passed by a narrow margin, after an hour long debate that began at 4 p.m.

I’m in favor of transparency. If inflammatory, foolish, or reactionary statements are made, they should be included in the permanent record, where the public can see them and hold the makers of the statements accountable for them. Legislative sessions should not be opened with prayers. It is a tradition that should be eliminated. The 400 members of the House do not all share the same religion – and even if they did, their religion should have no sway in the public affairs of our state. No religion should. If there’s a need to fill a hole in the ritual, read a poem. Some Walt Whitman would be nice.

Over in the Senate, the vote to suspend the rules slid right through on a voice vote. No floor amendments. HB 1000 passed unanimously.

A number of long time representatives are leaving the legislature because of the obstructionist crowd. The endless roll call votes and procedural delays are working exactly as planned.

Posted by susanthe at 9:40 PM No comments: Links to this post 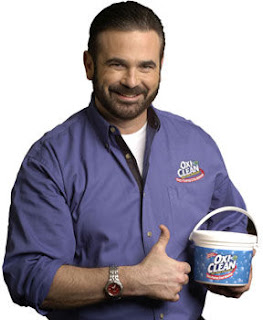 The legislative session was over. We thought last week would be the end, till it was time for veto override attempt day.

We were wrong. The legislature will be back on June 16. One of the bills that had a non-germane amendment tacked on to it has the governor and the House and Senate leadership feeling a little cross. SB 485: An Act establishing a state grant program to assist state and local law enforcement agencies in addressing the opioid crisis and making an appropriation therefor, relative to the health care premium contribution for retired state employees who are eligible for Medicare Parts A and B due to age or disability, relative to funding of retiree health benefits, and making an appropriation to the department of administrative services.

This bill began life as a bill to fund law enforcement agencies in dealing with the opioid crisis. The funding amounted to $1.5 million for law enforcement. The amendment to mess with the retired state employee health care was tacked on much later.

The bill sailed through the committee of conference, but it failed to clear the House. By ONE vote. 159-160. The libertea crowd was peeved about giving money to law enforcement. The Democrats were peevish about Republicans messing with state employee health plans. It was enough to ensure the bill didn’t pass.

Law enforcement really wants that money, and Governor Hassan really wants to give it to them. We’ve been losing the war on drugs since Nixon was in the White House but that won’t stop us! We’re still trying to make trickle down economics work, too. I don’t believe that we can enforce our way out of this situation. Enforcement only addresses the symptoms. We aren’t doing anything to figure out the root causes of the drug crisis. (Hint: it’s not the drugs!) We are not a state that engages in self-reflection. We have no interest in planning ahead. All we care about is not raising or spending sufficient money to run our state as if it were a going concern.

After the vote, GOP leadership blamed the Governor for not providing leadership (translation: not caving in to their demands) on retiree health care. No mention of the fact that it was a Republican on the Finance Committee who added the poison pill to the original bill, and they passed the bill with that amendment attached to it. There doesn’t seem to be any awareness on the part of leadership that the libertea faction of their majority hates law enforcement and would rather eat ground glass than give them any money. Easier to blame the governor than look in the mirror.

None of that matters. It’s an election year. People are dying. No one wants to be blamed for not funding solutions, so the bill is going to be stripped of the odious amendment about retired state employee health care plans, and the vote will be taken again on funding law enforcement agencies dealing with the opioid crisis. There will probably be some veto override attempts as well, since they’re going to be in Concord anyhow.

A few months ago, a story came out about State Representative Don Leeman committing voter fraud. Rep. Leeman, a Republican from Rochester, represented Wards 2 and 3 in Rochester. In December he moved into Ward 6. In February, Leeman voted in the NH presidential primary in Ward 3. If he admitted that he was no longer domiciled in that ward, he would have had to resign from the House. Naturally people knew, there was talk, and eventually it became an issue.

The NH Republican party is obsessed with voter fraud. There were numerous bills put forth this session that attempted to somehow define the word “domicile” as meaning “not letting students or other unlikely-to-be-Republicans vote in our state.”

In March, the House Legislative Administration Committee determined that he was no longer qualified to represent his district, since he no longer lived in it. Here was a clear-cut case of voter fraud. Guy lives in one ward, moves to another, deliberately votes in first ward – that’s fraud. This was a chance for the fraud obsessed majority party to take action! A chance for them to put their principles into practice!

A letter from a new landlord was magically produced, some tap dancing was done, incantations were chanted, and Leeman was deemed able to keep his seat, because he lived in his district again. His domicile dance was deemed “temporary.” The fact that Leeman fraudulently voted in the primary was swept under the rug. Here was their chance to make an example of one of their own – which would have been a bold and powerful statement – and they blew it. They couldn’t act on principle, because you can’t act on what you don’t possess.

The March 9 Union Leader editorial was filled with finger wagging about voter fraud, acknowledging that Leeman committed it, blaming Democrats (just because) and congratulating Leeman for keeping his seat. Other than a big lump in the carpeting, that seemed to be the end of the story.

Last week, Leeman was arrested on charges of bribery and witness tampering. House leadership may have swept Leeman’s conduct under the rug, but the AG’s office took it seriously, and did what they were supposed to do, investigate. He’s accused of trying to induce an employee of the Rochester Housing Authority to provide a letter with false statements regarding his move. He’s accused of offering that same employee a bribe from the Knights of Columbus (he’s a member) in order to expedite a transfer to another apartment in his House district.

Leeman claims he did not commit voter fraud, because his intent was to move back into his district. Yet even though that magical letter from a new landlord was produced, he continues to live in Ward 6. He never moved. He did, however, resign from the House days before his arrest, which he claims is a mere coincidence.

Leeman says he’ll be exonerated, and he’ll bring charges against those falsely accusing him. He also intends to run for the House again, to represent Rochester’s Ward 6.