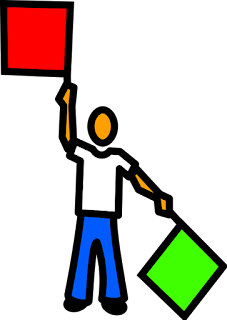 Our legislators are a resourceful bunch. Before every voting session, there are caucuses, one for the Republicans and one for the Democrats. Upcoming votes are discussed. Then, as they approach Representatives Hall, lobbyists are standing in the hall, handing out information sheets. The NH Liberty Alliance hands out a mustard yellow sheet called “The Gold Standard” that tells libertea leaning representatives how to vote on key liberty issues. There is an explanation of why a bill is either pro or anti liberty, but for those who don’t want to do that much reading, there is a handy key up in the right (!) hand corner of the page, that lists the bill number and whether to vote yes or no. It’s easier than thinking.

This year the majority party, unsatisfied with every tactic you’ve read so far, has added a new technique for telling their members how to vote.  Republican floor leaders now have red and green hankies. When they want their members to vote yes, they wave the green hankies. They wave red hankies for no. For those who lose their short-term memory in between the caucus and the House floor, this must be an invaluable reminder, and not at all undignified. Oh, wait – I take that back. Representative Al Baldasaro was seen kissing, licking, and fondling his hankie during one vote. At least we taxpayers are only paying them $100 a year for their antics.

*Note: Red and green are the colors of the buttons on each legislator’s voting station. 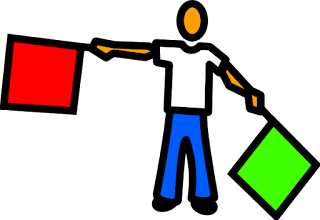 This is a new development, because prior Speakers wouldn’t have tolerated it. The hankie wavers, however, are part of the majority leadership. There are seven Assistant Majority Leaders: Al Baldasaro, Dave Danielson, Larry Gagne, Michael McCarthy, Laurie Sanborn, Victoria Sullivan, and Michael Vose. There are also eight whips. There’s the Majority Whip, Kathleen Hoelzel, and the Deputy Majority Whip, Bill Ohm. There are six Assistant Majority Whips: David Bates, Gregory Hill, Debra DeSimone, Carolyn Matthews, Claire Rouillard, and Terry Wolf. That’s a possible 15 semaphorists signaling during a vote. Apparently they aren’t worried about distracting their colleagues with all that flapping.

For such a large leadership team, it’s remarkably concentrated. Nine of the members are from Hillsborough County, 7 from Rockingham, and one from Merrimack County. There are 10 counties in the state, yet only three were able to provide representatives who possess the requisite leadership skills? One also wonders precisely what leadership qualities Representative Baldasaro displays, other than a history of obnoxious comments and slobbering on a hankie.

Speaker Chandler seems to be having trouble keeping his House in order. In addition to the hankie waving is the schedule. Weeks go by without a voting session, than at the last minute hundreds of bills are crammed into a two-day marathon. This ensures that the bills won’t get proper attention. It also ensures that representatives with jobs will probably miss one of the marathon days, meaning fewer votes on key issues. Is this intentional, or just poor management?

Meanwhile, the NH GOP has become increasingly shrill, bordering on the hysterical. HB 628, the bill to create a family and medical leave insurance program, something that would benefit every non-wealthy worker, is being billed as a way to create AN INCOME TAX. Bill Gardner, who has been Secretary of State since the Second Punic War is going to be challenged in 2019. This is being touted as: The DEMOCRATS WANT TO TAKE AWAY THE FIRST IN THE NATION PRIMARY. And of course, any discussion about ending the wholesale slaughter of our public school students is A GUN GRAB.

Bill Gardner was a good Secretary of State for a long time. If he’d retired 4 years ago, we’d all be burnishing his halo. Instead, he bought into the nonsense the majority party has been churning about voter fraud since Democrats started winning elections in 2006. He allied himself with the Republicans in their quest to prevent student voting, and he’d recently chosen to prevent seniors from voting, by dictating that towns  have no right to reschedule their town meetings during storms. During the most recent storm, the State House closed early but old people were supposed to leap into their cars to go vote in a blizzard. Then, he allied himself with Kris Kobach, which was a bad move on every level. Kobach’s recent Kansas voter fraud trial revealed how bogus his whole enterprise is. Gardner should have avoided the fraudulent fraud commission, the wet firecracker waste of tax dollars. In 35 states, the Secretary of State is elected by the voters. In NH, the SoS is elected by the legislature. It may be time to reconsider that.

The Trump presidency reveals a moral and ethical vacuum within the Republican Party. No wonder they sound so shrill. They can feel their grip on power and relevance slipping away. Those hankies may be put to good use in November. 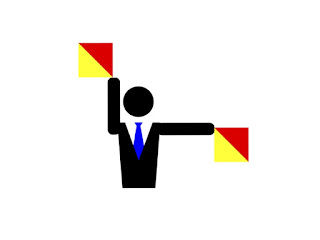 This was published as an op-ed in the March 30, 2018 edition of the Conway Daily Sun newspaper
Posted by susanthe at 6:25 PM 3 comments: Links to this post

Mired in the Dark Ages 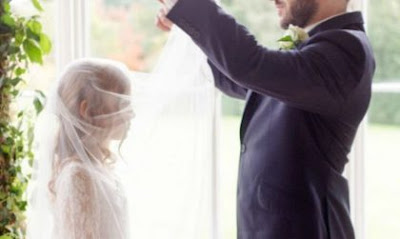 Child marriage laws are in the news. The Florida legislature just voted to increase the marriage age from 16 to 17.  This is a compromise. Advocates fighting child marriage wanted to raise the age to 18, but that was too much for the legislature. After all, what if she’s pregnant?? Does forcing a pregnant child into marriage wave some kind of magic improvement wand over the situation?

Between the years of 2000 and 2015, there were 16,400 child marriages in Florida.  There were 207,000 child marriages in 41 states during those years. (There isn’t data for every state.) A whopping 87% of those marriages were girls, and most of them were married to adult men – men over the age of 18. Try to imagine the reaction if the story were that 87% of teenaged boys were being married off to adult women. I feel certain that the deafening silence around girls would turn to howls if it were boys.

In most states the age of consent is 16 or 17. Yet we don’t call it rape when a girl who is too young to legally consent to sexual relations is married off to her rapist. We look down on the “uncivilized” countries where child marriage is a regular occurrence, but we are one of those countries.  The highest numbers are in Florida, Texas, Kentucky, and Virginia.

As much as we might want to believe that this only happens in the southern states, we know better. Last year we learned that in New Hampshire, girls can be married at 13 and boys at 14. Last year, a bill to change that, was defeated in the NH House. Some of our male legislators bemoaned the thought that a young man going off to fight for his country wouldn’t be able to marry his pregnant teen girlfriend – as if he were a WWII Doughboy heading off to fight with “You’re a Grand Old Flag” playing in the background. Defending child marriage is defending child rape, and adult men having sex with teenaged girls is something our society has turned a blind eye to for a very long time.

A girl who is pregnant and married before she legally has any rights is a prime target for abuse. She is likely to enter a cycle of poverty that she will never recover from. Thinking that marrying this girl off washes away some kind of sin is ridiculous. The sin is adult men having sex with underage girls. The sin is men fighting against increasing the marriage age because they think it is their right to have sex with girl children.

This year another bill to raise the marriage age is before the legislature. It’s being touted as a “compromise.” It raises the age for both boys and girls to 16. If the bill passes, at least when an underage girl marries an adult man, she will have gone through puberty.

The death penalty is also back in the news in NH. A bill to change the penalty for capital murder to life imprisonment has come out of the Senate with a large, bipartisan group of sponsors. The minute the bill was announced, Governor Sununu announced he would veto it. This announcement came before there was a single hearing, before any of the sponsors offered testimony, and probably before he read it. The Governor made a big point of saying that he stands with victims and law enforcement. Last year, when Sununu took office, his first priority was getting a bill passed to eliminate the concealed carry license for a handgun. The NH Chiefs of Police were strongly opposed to that, as were victim’s rights groups. He ignored them both, preferring to pander to gundamentalists and the NRA.

There isn’t anything new to say about the death penalty. It’s barbaric, and perpetuating it only serves to put us in the same category as other countries that have terrible records on human rights. It’s not a deterrent. No one in New Hampshire ever thinks, “Ooops, I’d better go kill my wife/girlfriend/boss/neighbor in: Massachusetts, Rhode Island, Connecticut, Vermont, or Maine because they don’t have the death penalty there.”

At a Senate hearing this week, it was clear that the largest objection to eliminating the death penalty is the fear that the state won’t get to kill Michael Briggs, our only prisoner on death row. An officer testified that the existence of the death penalty sends the message that we (the people) have their (the cops) back. If I were a cop, I think I’d prefer the people had my back while I was alive – in the form of good working conditions, training, pay, and health coverage.

The bipartisan support behind the bill could increase to a number sufficient to override the governor’s veto. The state should not be in the killing business. It’s time for NH to move out of the dark ages.

This was published as an op-ed in the March 16, 2018 edition of the Conway Daily Sun newspaper

Posted by susanthe at 8:31 PM No comments: Links to this post