Mr. O'Brien went to Iowa and displayed all of the charm and charisma that have made him a legend in New Hampshire:

O'Brien introduced himself to Iowa as the present Republican NH House Leader. Bet the guy who was actually elected to the position was surprised to hear that. 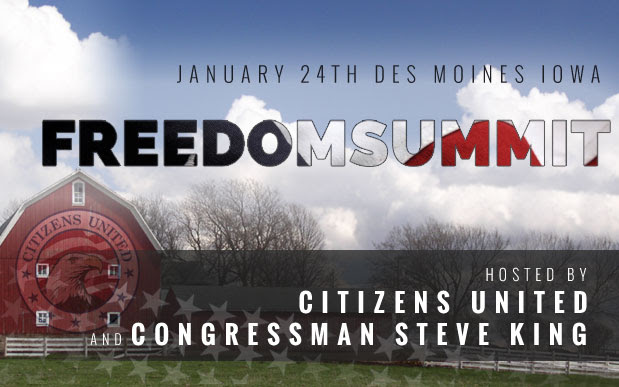 Citizens United and Congressman Steve King are teaming up to bring grassroots activists from across Iowa to hear directly from conservative leaders on how we can get America back on track by focusing on our core principles of pro-growth economics, social conservatism, and a strong national defense.

In other words, conservatives aren't free unless they're trampling on the rights of others.

This looks like the usual sort of affair, with lots of talk about family values, defending Murka from brown folks, and so on. The usual speakers: Newt, Santorum, Huckabee, Palin - people who wouldn't get elected hog reeve if they lived in NH.

In fact, NH is what sets this  shindig apart from the usual wingnut gathering.

Our very own  -  Bill O'Brien is one of the speakers. Yes, the same O'Brien who was certain he'd  be Speaker again.

State Representative O'Brien is beginning his second term of refusing to serve on a House committee. Apparently after his single term as Speaker, he's become too important to actually bother doing the People's business. That he isn't doing anything gives him plenty of time to go to Iowa. And by the way, who is paying his way?

The real question is why do they want him? Everyone else is a national player. The only noteworthy thing O'Brien has done of late is create a shadow government where he is king, while dividing his party.

Was O'Brien invited before he lost the Speaker's seat, and they couldn't figure out how to tactfully uninvite him?

An admiring h/t to cartoonist Mike Marland  and another to Iowa's own  Steffen Schmidt
Posted by susanthe at 9:43 PM No comments:

It's been a while since I've been here.

In November I was seriously injured in a car accident. I was in the hospital for 2 months.

I had the best support system. My friends have been wonderful throughout the hospital stay. Some traveled great distances to visit. I was showered with cards, flowers - and love. I'm a fortunate woman.

I'm still recovering - but I'm back!