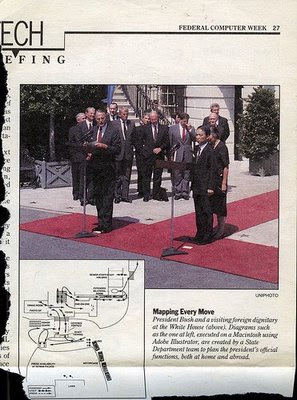 The NH GOP suffered severe losses in the November elections. Not only did most of their candidates lose, they also lost in the area of voter registration. For the first time, Democrats outnumber registered Republicans. Obviously, this is a bitter pill to swallow, and the sour grapes they’re using to wash it down with don’t seem to be getting the job done. Instead of looking at why this is happening, the NH GOP prefers to blame the elusive liberals from Massachusetts who are migrating here in vast flocks. There is no basis for this theory, but it’s better than self-reflection, apparently.

Poor Fergus Cullen, the chair of the NH GOP has also been getting plenty of blame. Fergus seems to have spent too much time trolling blogs and not enough time actually working to get his candidates elected. As his fellow Republicans readied the torches and pitchforks to call for his ouster, Fergus was saved by the Ghost of NH Past. Former NH Governor John H. Sununu decided that his position as the hog reeve of Hampton Falls just wasn’t enough any more, he was ready to rise like a zombie from the political graveyard he was consigned to after “voluntarily” resigning his position as White House Chief of Staff to President George H. W. Bush.

John H. Sununu served 3 terms as Governor of NH. In 1988, he served as Chairman of the National Governor’s Association, where he led the fight to ease requirements to amend the US Constitution. He was also known for having a bad temper. Sununu wasn’t afraid to scream at people in the State House. Governor Sununu left office claiming a $10 million budget surplus. A few days later, newly elected Governor Judd Gregg projected a $13 million budget deficit, and directed state agencies to cut spending by 3 percent. This, even after Sununu quietly transferred $5 million from the capital reserve fund to the general fund in order to help achieve the “surplus.” The Democrats called it the “Sununu Deficit.” Judd Gregg kept to the GOP code of omerta by not criticizing Sununu for leaving him in that position. The Sununu deficit was especially ironic, given that Sununu had been so critical of presidential candidate Governor Michael Dukakis for his budget woes.

Governor Sununu was rewarded for all of his hard work on the Bush 1 campaign by being named White House Chief of Staff. He brought his trademark arrogance to Washington, where he began to distinguish himself right away. Sununu cut salaries, from senior staff on down, while his own salary steadily increased. He was abusive to the senior staff, who called him the “fat little pirate” behind his back. Sununu’s abusive behavior led one senior staff member (speaking anonymously to Time) to refer to him as the “Saddam Hussein of bureaucrats.” Sununu also alienated the press, frequently telling them that not only they were wrong, but that they were stupid.

Anyone as arrogant and abusive as Governor Sununu needs to be above reproach. He was not.

In a 2-year time span, Sununu took 77 flights that cost over $500,000. He claimed 49 were official business. The twin-jet C-20 Sununu frequently used cost taxpayers $3,945 an hour. Sununu paid $17, 578 for his and his family’s flying, political supporters were billed for $53,000, while taxpayers were stuck with the rest of the bill – about $400,000. . Official business included ski trips to Colorado, apparently. He also took trips home, and to the dentist that cost the taxpayers about $30,000 per trip. Even after this story went public, His Arrogance directed his government paid chauffer to drive him to NY, to a stamp auction at Christies, where he spent $5,000 on rare stamps. He sent the chauffer home alone, and hitched a ride home on a private jet.

What is most ironic is that Sununu didn’t break any laws, and all of it might have slid under the radar, except that he made so many enemies. He was hoist by the petard of his own arrogance and vindictiveness. In 1991 he resigned, saying he didn’t want to be a drag on Bush 1’s reelection campaign. No one begged him to stay.

This is the man that NH Republicans are choosing to lead them into the future. Sununu has already called John Lynch “the worst governor NH has ever had.” Apparently someone took the Craig Benson chapter out of Sununu’s history book. While addressing the Belknap County GOP, Sununu said, “We need a loud, strong voice to fight back against the politics of personal destruction, which is the hallmark of the Democrats.” In the field of psychology, this is called projection; attributing one’s own unacceptable behavior to others. Given that Sununu is a devotee of the Lee Atwater/Karl Rove school of politics – it’s a wonder lightening bolts didn’t strike him where he stood.

Once again, the NH GOP seems determined not only cling to the past, but to exhume it, while the rest of us are moving into the future.

“Your conduct is arrogant. It is rude.” Senator Robert Byrd, speaking to White House Chief of Staff John H. Sununu in 1990. During deficit-reduction talks, Sununu put his feet up on the conference table and read newspapers while others negotiated.

This was published as an editorial in the Conway Daily Sun on December 19, 2008

If you're wondering about the picture, the fellow in the light gray suit is John Sununu, picking his nose as President Bush speaks. h/t to blaque_jacques at flickr.

I'd make somebody pay

Writing the editorial about the expanded "rule of conscience" put me in a bad mood that's lasted all day. Good thing I don't have a rocket launcher. 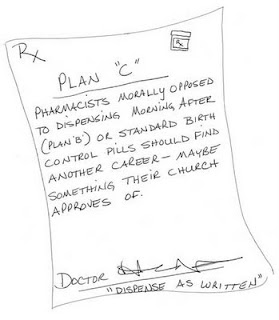 In the final days of the lamest duck administration ever, President George W. Bush is planning to announce an expanded “right of conscience” rule permitting medical facilities, doctors, nurses, pharmacists, and other health care workers to refuse to participate in any procedure that they find morally objectionable. This would include abortion, contraception, and possibly artificial insemination. It would also include Plan B, the emergency contraception pill also known as “the morning after pill,” which is often given to rape victims.

Plan B is already being denied to rape victims. In 2007, a Tampa woman was raped, then arrested and held in prison for 2 days on charges of an unpaid fine. A worker with religious objections prevented the rape victim from taking the second dose of Plan B that had been prescribed by the ER physician who examined her after the rape. In 2006, a rape victim in PA was denied Plan B by the ER doctor, who said it went against his Mennonite religious beliefs. In 2005, a Tucson rape victim made over 50 phone calls to fill her prescription for Plan B. She finally found the only pharmacy in the area that stocked it, only to be refused by a pharmacist who refused to fill the prescription, citing his religious/moral objections to the drug. No word on whether any of these upstanding moral and religious men have any objections to the crime of rape.

According to HHS, this expanded rule would apply to any entity that receives federal funding. This would include approximately 4,800 hospitals, 234,000 doctor’s offices, and 58,000 pharmacies. Apparently the lines aren’t drawn very clearly. In hospitals that receive federal funds, workers could refuse to do parts of their jobs on religious/moral grounds. This attack is aimed at women, but there’s nothing to stop the rules from applying to the GLBT population, people with mental retardation, mental illness, the elderly, and people who are dying. The American Medical Association and the American Hospital Association have asked HHS Secretary Leavitt to drop this proposal, no doubt fearing the havoc that is likely to ensue in hospitals, but Leavitt has stated his intent to adopt this rule change before Obama takes office. This is a two-fold attack – it’s a perpetuation of the war on women, and it’s going to mess with the new president. Republicans everywhere should be really proud of themselves for this dirty little business.

Some of this is, of course, already occurring. Just this week, a woman in CA attempted to fill a prescription for an ADHD drug, and was denied by a CVS pharmacist, who not only refused to fill the prescription, but also did not offer her other options. In Yakima, WA, a pharmacist refused to fill a prescription for pre-natal vitamins because it came from a women’s health clinic. The clinic performs abortions, and the pharmacist apparently told the woman she didn’t need the vitamins if she wasn’t pregnant. The anti-choice folk aren’t able to grasp the concept that “women’s health clinics” are involved in care other than abortion. Anesthesiologists have refused to assist in sterilizations. The rule change being enacted by HHS/BushCo will result in even more of this kind of action.

A woman soldier serving in Iraq is more likely to be raped by a fellow soldier than to be killed by enemy fire. Women soldiers are denied abortions at US military hospitals, even if they pay for them themselves. This would seem to be a violation of their Constitutional rights, the ones they are fighting to defend – but in the global war on terror, apparently women are also the enemy.

I certainly agree that anyone who objects to abortion should not have to perform or assist in the procedure. Beyond that, no one has the right to impose his religious beliefs on anyone else. Pharmacists are not doctors. If they want to decide what drugs people should take, they should go to medical school. Beyond that, it is their job to fill prescriptions written by physicians. If they are not willing to do so, they should find other work. These brave religious and moral folks don’t seem to have any moral objections to filling prescriptions for Viagra. Viagra is regarded as necessary treatment for a “medical condition.” Apparently impotence is not God’s will. These same folk don’t seem to grasp another simple truth; that by not filling prescriptions for Plan B or contraception, they’re likely to be causing a hike in the abortion rate. According to a 2008 report by the Guttmacher Institute, the US abortion rate is currently at its lowest number since 1974, continuing a rate of decline that began in 1990.

Many of the people who claim these sorts of moral and religious objections would undoubtedly tell us that they don’t believe in “big government.” Yep, they want to shrink the size of government so that it’s small enough to fit in your bedroom or your underwear.


Conway Daily Sun editorial on December 5, 2008
h/t to bourgieadventures.wordpress.com for the picture.
Posted by susanthe at 6:22 PM 4 comments: Links to this post