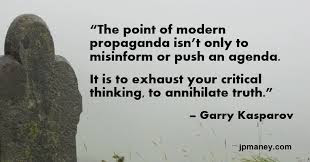 Like so many things these days, the annual look at bills coming up isn’t much fun. There are 938 bills that will be heard by the legislature. Over one hundred have been withdrawn. Some were withdrawn because the sponsors weren’t re-elected. Some were withdrawn because they duplicated others, and some of the authors may have had a sudden attack of common sense. House Minority Leader Dick Hinch withdrew his school voucher bill, which was wise, considering that it didn’t pass under a Republican controlled House, and was even less likely to pass under Democratic control. A bill to amend the Constitution to enshrine vouchers was also withdrawn. Also withdrawn was a bill relative to carrying a pistol or revolver while hunting with a muzzleloader. Can there really be such a thing as carrying too many guns at once in New Hampshire?

HB 190 would allow gold and silver as lawful mediums of exchange. Would we all be expected to carry around our own scales and testing chemicals, or would those be provided at businesses, banks, and other agencies? The bill doesn’t specify. The lead sponsor of this bill is Representative Dick Marple from Hooksett. He also sponsored HB 525, which requires legislators be paid in silver dollar coins. No word on where those coins would be stored. Representative Marple is deeply concerned with matters of currency, as he what is known as a sovereign citizen, a band of miscreants who fancy themselves Constitutional scholars and experts on British common law, as well as US law. They do not recognize US currency and have found convoluted “loopholes” to try to avoid obeying the law. If you’d like a little fun with sovereign citizens, go to YouTube and search, “I’m not driving, I’m traveling,” and immerse yourself in videos of sovereign citizens getting pulled over for traffic violations. Fun for the whole family. 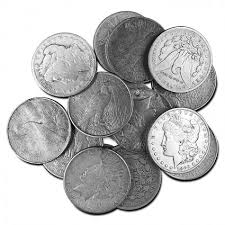 Sovereign citizens are no joke. They don’t believe that the US government is legitimate; they believe the county sheriff is the most powerful law enforcement officer in the country, and some places they are actual terrorists, tied to white nationalist groups and militias. Representative Marple is serving his fifth term for the town of Hooksett. These bills are the kind of fringe nutter stuff that the minority party knows won’t go anywhere, but they encourage the fringe to file these bills as part of their mission to obstruct and delay. 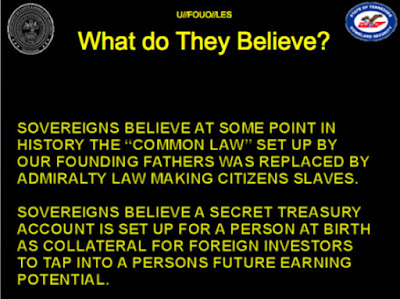 Marple is also a sponsor of HB 198, which would repeal the prohibition against texting while driving. That’s supported by a number of Free Staters and libertea types, because their perceived freedom is more important than your safety. Another Marple is HB 215, which would require the legislature to approve the appointment of town managers. Think about that Conway – the next time you appoint a town manager; hundreds of representatives from other counties would make your decision for you.

In HB 124, ideologues would repeal the buffer zone bill around women’s health clinics that was passed a few years ago. These folks think that women should be shouted at, harassed, photographed, and abused while going in to a medical facility. To take that right away from the harassers (who may also be terrorists, given the level of clinic violence that occurs in this country) is cause for loud bleating about the first amendment, an amendment conveniently ignored by this crowd the rest of the time.

HB 177 would limit education stabilization grants, which is bad timing, given that we learned this week that Berlin is being forced to close their last elementary school, because of our bizarre education funding system. We fund education through property taxes. New Hampshire has the 2ndhighest property taxes in the nation. What towns do you think have the highest taxes? Rye, Newcastle, Wolfeboro, maybe Bedford? The places where the wealthy reside? Not even close.  The highest property taxes in the state are in Claremont, and Berlin is a close second. This says a few things – that our education funding system is deeply flawed, that Berlin (and the rest of Coos) should stop electing Republicans, and that The Pledge is a bumper sticker, not a tool for good government.

Here’s a thought; in addition to teaching civics, we should be teaching high school kids how to understand the NH tax structure. It would be great preparation for future voters. Who wants to write that bill?

published as an op-ed in the January 25, 2019  edition of the Conway Daily Sun newspaper

Posted by susanthe at 6:15 PM No comments: Links to this post 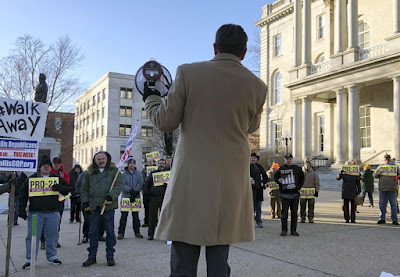 Photo by Holly Ramer of AP


As I predicted, the rabid gundamentalists got all worked up about the proposed rule change in the NH House that would prevent them from carrying their concealed firearms on the House floor, in the gallery, the cloakroom, and the anteroom. They would still be able to strap on as many weapons as they needed to feel safe leaving home, driving to Concord, and then walking the mean streets from their parking spot to the State House. They’d just be asked to lock up (in a storage unit provided at the State House) their firearm (s) while on the floor, in the gallery, the anteroom or the cloakroom. The 2-A crowd brought signs into the State House, which is not allowed. They meekly surrendered them, with no mention of first amendment rights.


There was wailing, moaning, and gnashing of teeth from the gun fetishists. They NEED their weapons on them at all times! They might have to protect the women! The State House isn’t going to be a “soft” target – a gun free zone! Gundamentalist groups, the NRA, and ALEC, the American Legislative Exchange Council invented the concept of “constitutional carry” around 2012. Nowhere in the constitution does it say that you have the right to bring a concealed firearm into the NH House chamber. It’s also worth noting that Vermont had “constitutional carry” years before everyone else. Guess what you can’t do in Vermont? Bring a weapon in the State House.

Honest, curious people who read more than just propaganda are also aware that mass shooters don’t choose “gun free zones.” School shootings are done by people who had some connection to the school. There’s also the fact that 98% of mass shooters are white men, many of whom have a history of domestic abuse. Most of those shooters were “law abiding gun owners” up until the moment they started shooting their fellow humans.

The floor debate raged. Convicted gun felon, Representative Max Abramson (R. Free State) gave an impassioned speech about gun rights, the kind he doesn’t legally possess any longer. These are the people who want the rest of us to trust them with guns. The vote was 220-163 to ban guns from the House chamber. The response from the cultists was to shriek that they’d carry anyway, because rules don’t apply to them.

After the gun vote was a vote to add mandatory sexual harassment awareness training to the House rules. There have been a number of incidents in the legislature that have come to light in the MeToo era. Some involved payoffs, some involved cover-ups. There are many older men in the legislature who wail that it’s the women who are to blame – they can’t say anything any more without it being taken the wrong way!

Most amusing was the overlap. Many of the same people who were braying about the need to protect the wimminfolk refused to take the sexual harassment training. That’s right – they need to protect the women with guns – the same women who are lying about sexual harassment! (It would make for an interesting Venn diagram.) The House voted 284 – 92 in favor of the rule change.

Governor Sununu is back in the news. There’s some very timid reporting going on about the way his first inaugural fund is being dispersed. Large amounts of it seem to have landed in his pockets, and those of a variety of family members and advisors. The Governor has refused to comply with Right to Know requests that those records be produced.  If it all sounds familiar, there’s good reason for that. Sununu was very clear in his first campaign that he is a strong Trump supporter. We know Trump used his inaugural fund as a slush fund to shovel money back into his own businesses, which means into the pockets of his family. Lesson learned.

Why is this a concern? Where the money comes from and where it goes is always a concern when it comes to politicians. Transparency means accountability, and we should all want our politicians to be accountable. We should know exactly who the donors were, how much they gave, and where that money went, and where the remainder of the fund will go.

The Union Leader has done some surprisingly good reporting on this. Surprising only because of the UL’s history of being the media arm of the NH GOP. This reporting so incensed the governor, that a Union Leader reporter and photographer were denied entry into this year’s inaugural event. It appears our governor has learned another lesson from his mentor, Donald Trump.

“No power without accountability.”  Billy Bragg

Posted by susanthe at 9:21 PM No comments: Links to this post