Harassment in the House 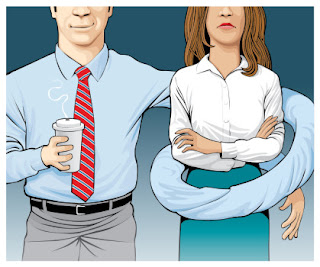 This proved to be a bridge too far for some of our doughty legislators. State Rep. John Burt brayed that it was “political correctness gone wrong.” I’ve had some experience with the kinds of things John Burt says to women. I’m not surprised he’s unwilling to sign. The same people who are refusing to sign a paper saying they’d received and read a policy are the same people who will sign any anti-tax or pro-gun pledge you put in front of them.

It will come as no surprise to learn that most of the refuseniks are men. Most of the Free Staters and Libertea types refused to sign, including the women of the Free State Project, Amanda Bouldin, the Free Stater who runs as a Democrat and votes as a Republican was quoted in an early story as saying she felt she was treated with respect. Apparently the remarks made about her nipples by fellow Representatives Josh Moore and Al Baldasaro in 2015 had slipped her mind. A more recent story reports that Bouldin has signed the form.

Representatives JR Hoell and Frank Sapareto voted against making domestic violence a specific crime in NH, and they both refused to sign the form saying they’d read the policy. There were some surprises in the category of those who signed. Free Stater Michael Sylvia, who voted against the domestic violence bill, did sign the form.  Representative Brian Stone was arrested in 2015 for violating a restraining order. The charge was dismissed. Representative Stone did not sign the form indicating he had received and read the official State House policy on sexual harassment.

The entire Libertarian Caucus of the NH House signed the form: Caleb Dyer, Joseph Stallcop, and Brandon Phinney. With grim amusement I note that Rep. Eric Schleien signed off on the policy, even before he was arrested for sexually assaulting a minor.

In Carroll County, all but one State Rep. signed the form stating they’d read the policy. Surprisingly, Free Stater Ed Comeau did sign the form. Not surprisingly, Lino Avellani did not. He was quoted in a November 17 story at WMUR as saying, “I didn’t sign it. If I’m not going to act appropriately, I shouldn’t be there.” Rep. Avellani, it’s worth noting, has a very poor attendance record.

The policy itself is toothless. All policies relating to ethics in the legislature are toothless. Senators and representatives are asked to sign conflict of interest forms, and then may go on to vote on bills that benefit their businesses or investments. It’s a charade.

There have been 10 cases of harassment reported from 2015 – 2017. One involved a male state representative who touched a woman’s leg and told off color jokes, and invaded personal space. These are toothless policies. “The member may be expelled” is hardly a threat, since no one ever is.

In 2004, a State House secretary, Dorothy Pike, sued a legislator and the House for sexual harassment. She sued the House for not protecting her from the advances of then Representative Ron Giordano. Giordano repeatedly groped her, tried to kiss her, and called her at home to threaten her. When Pike brought the issue to the attention of her boss, the complaint was never investigated. Instead they hired a security guard to follow her around, and told Giordano to stop.

The Speaker of the House at the time was Gene Chandler, who claimed they were powerless to discipline Giordano because he was an elected official, not an employee. The jury awarded Pike $175,000 in damages and $130,000 in back pay. The House was ordered to pay 55% and Giordano the balance. Speaker Chandler said that he was disappointed and would appeal the verdict. Imagine how disappointed Dorothy Pike must have been to learn that the men she worked for had so little respect for her. The House finally settled up with Ms. Pike in 2005. As of that time, Giordano hadn’t paid a dime. After the trial, Chandler filed legislation to create a sexual harassment policy aimed at covering legislators.

It looks as if Chandler will be Speaker again in 2018. The GOP caucus decided against supporting two of the candidates whom, despite multiple terms in office, are unable to correctly frame a parliamentary inquiry. One hopes he keeps his copy of the harassment policy handy. In the era of Trump, it’s likely to get a workout. 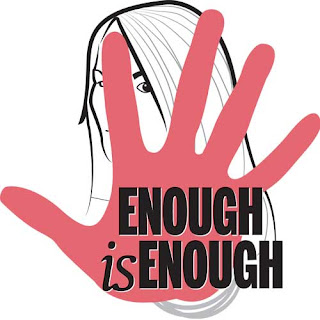 Posted by susanthe at 5:33 PM 8 comments: Links to this post

We Have A Man Problem 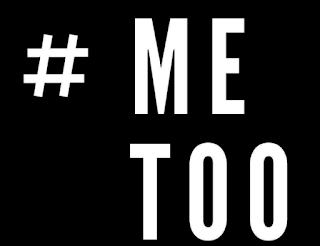 When the story of Harvey Weinstein broke, the floodgates opened. All over social media, women were talking about their experiences with sexual harassment, with the #MeToo hashtag making the rounds. Years (decades) of stories and outrage were expressed. After a few days of that, some men began to be very uncomfortable. They began by getting defensive. Some moved on to make accusations that some of the women were surely lying. This is why women don’t come forward. They aren’t believed.

Every woman has a story of harassment, often beginning in childhood. A family friend or a relative might have groped her as a child. She might have been a teenager who was groped by the father of the children she was babysitting for. It might be the story of a boss with a hands problem, or a violent story of date rape. It might be an experience she had while working in a restaurant. In a business where customers directly pay a worker’s salary, the worker is forced to put up with a great deal of foolishness in order to get  their pay, also known as the tip.

Hot on the heels of revelation after revelation of bad behavior by wealthy, powerful, men came the shooting in Texas. A man went into a church in a small town in Texas and killed 26 people. Devin Kelley’s past was filled with stories of violence and abusive behavior. If anyone had taken any one of the events seriously, he wouldn’t have been able to legally own a gun. He probably wouldn’t have been able to perpetuate a massacre.

There are a few things that mass shooters have in common. Since 1982, all but three of them have been men. Most of them had a history of domestic violence. It’s one of the best predictors of a potential mass shooter, but we don’t really take domestic violence all that seriously here. After all, it’s only women.

Here in NH, in 2014, three state legislators voted against Joshua’s Law, which made domestic violence a specific crime. JR Hoell was worried about “unintended consequences.” The other two were Frank Sapareto and Michael Sylvia. Rep. Sapareto was charged with assaulting his girlfriend’s two children in 2012. In 2017, he’s the Vice Chair of the House Criminal Justice and Public Safety Committee. As for Sylvia, during discussion of a Belknap County deputy who was accused of raping a woman in custody whom he was transporting, Rep. Sylvia commented, “You know what that tells me, that tells me he had time on his hands.” The real worry shared by all three was that domestic abusers would lose their guns. Because, of course, that  “unintended consequence” would be a real tragedy.

By now we all know the tropes: when a man who has skin color of a somewhat duskier hue starts shooting, he’s a terrorist. When it’s a white guy, he’s a lone wolf with mental health problems. We often discover that that the shooter has anger issues, and even more often that he has a history of domestic violence. The Las Vegas shooter was never charged with domestic violence, but he had been heard in shops being cruel and demeaning to his female partner.

One of the great mythologies of our country is the nuclear family, where mom stayed home and baked cookies for the kids while dad went off to work and brought home the paycheck. The single paycheck family went off the rails a long time ago. It takes both partners working at least one job apiece to keep a family financially afloat. That collides with the other mythology: the macho man. The myth of the hyper masculine man has been growing exponentially, and married into the gun culture family. Now the pervasive myth is that of the gun totin’ patriot with a gun who is going to save the nation (by himself, for he is a rugged individualist!) from gubmint tyranny with his gun.

Gun culture is all around us. In NH, our new governor’s very first order of business was a gun bill. In a state with crumbling infrastructure – his biggest concern was passing a law to allow any halfwit with a gun to carry it concealed. There are too many guns, and too many halfwits – and the halfwits are increasingly armed and angry. Too many of them regard women and children as their property. A woman trying to protect herself and her children by removing them from a violent situation is perceived as taking what is theirs.

Posted by susanthe at 8:04 PM No comments: Links to this post