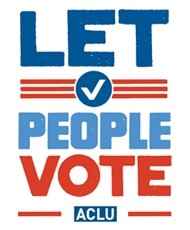 Ever since Democrats started winning elections in 2006, the NH Republican Party has been spinning the myth of voter fraud, a myth that has increased in strength and shrillness with each passing year. On a national level, as the old school Republicans were replaced with rabid ideologues, the howls of voter fraud began echoing from sea to shining sea, despite a regrettable lack of evidence.

This means that every year, around a dozen voter bills are filed by our Republican legislators. All of them are aimed at making voting more difficult and exclusionary. This year, HB 1264 is aimed at preventing student voting. The NHGOP has apparently decided that preventing college students from voting is easier than convincing them to join the GOP. After all, if gerrymandering can’t ensure a Republican majority, all that is left is to eliminate undesirable populations from voting.

The focus has been on disenfranchising the young for so long that we haven’t been paying attention to the latest targets:
the old. We’ve watched our Secretary of State refuse to allow towns to postpone town elections in the event of a serious storm, with the approval of the GOP. This year, the State House was shut down early for the safety of staff and legislators - because of snow - but Grandma was supposed drive to town hall to vote. The term “local control” has ceased to have any meaning in our state, where the majority party is working on a variety of levels to eliminate it.

We’ve heard, endlessly, about busloads of voters from Massachusetts. We haven’t heard anything about voter fraud by absentee ballot, but that hasn’t deterred the NH Senate. HB 527 is intended to “establish additional procedures for verification of absentee voters.” What are the existing procedures? And how do they fit those buses in an envelope?

You may not be aware that our town clerks and moderators are expected to be handwriting experts, in analyzing the signatures on absentee ballot envelopes with the absentee ballots themselves. If a person with disabilities is being aided in filling out a ballot, the person who is assisting has to sign a number of forms to prove that they aren’t signing from the bus. As a result of this amateur handwriting analysis, hundreds of votes are discarded every election – without ever telling the person who has been disenfranchised that his or her ballot was shoved in the trash.

Some of these people are elderly voters who may have tremors, have Parkinson’s, or other health issues. Some may be people who have disabilities. This could easily happen to me. A side effect of back surgery in 2014 is some nerve damage in my right hand. My signature can vary from day to day, especially in cold weather.  I could very easily be one of those people whose ballots were tossed by the amateur graphologists.

Voters are not informed that their penmanship was rejected. Days or even weeks after the election, their names are posted on a website no one knows about, then the website is scrubbed 90 days after the election. No effort has ever been made to inform voters that this website exists. Still, website or no, voters have no recourse – once their vote is discarded, it’s gone.

HB 527 is aimed at slightly modifying the signature practices that were enacted last year for mailed absentee ballots. If the voter has assistance, and the person who provides assistance signs an affidavit saying they witnessed and provided assistance, then the moderators and clerks will take their word for it. The unassisted will continue to take their chances with the local officials. In other words, if you have unreliable handwriting, you’d better get a responsible party to sign off on your absentee ballot, or else it may end up in the shredder.  That’s really something in a state with the motto: “live free or die.”


It’s a misdemeanor to vote absentee in NH without being entitled to do so. There have been zero prosecutions in the last decade. This whole signature verification business is a solution that lacked a problem. NH’s signature match law is the harshest in the nation (despite there being no evidence of voter fraud by absentee ballot). Courts have struck down similar laws in other states. ACLU NH is currently suing the state on behalf of some voters whose ballots were tossed in 2016. The NH signature match procedures are almost certainly a violation of the ADA. Another taxpayer funded lawsuit brought to you by the NHGOP.

The Senate passed SB 527 by a voice vote, meaning there is no record of how your state senator voted on it. Be sure to ask him. The bill is now before the House Election Law Committee. Be sure to ask your state reps how they will be voting on continuing the disenfranchisement of elderly and disabled voters. 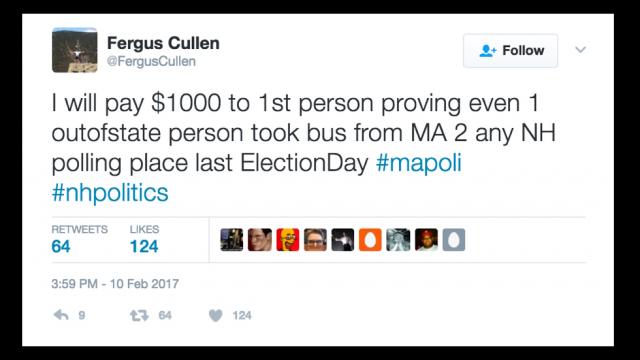 Published as an op-ed in the April 13, 2018 edition of the Conway Daily Sun newspaper