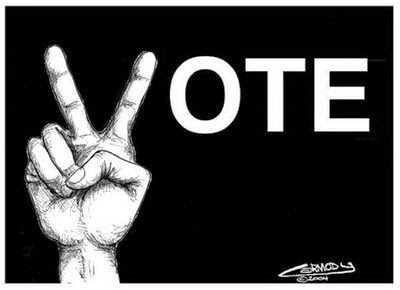 It’s almost over. A few more political ads ought to help us choose what candidates to vote for. Is there really anyone left who is undecided? Nationwide, over $4 billion is being spent on the midterm elections. Good thing we don’t have anything important we could be spending $4 billion on. The corporate taps are open wide and the dark money is flowing.

Thanks to all that money, we know that Scott Brown knows only one number. 99. We know that he’s attempting to whip white NH into a frenzy about immigration and Ebola. The fear is supposed to divert you from paying attention to why he’s here. He’s here because he lost his Senate seat in Massachusetts, and he’d like to use NH as a springboard to higher office. I’ve been to debates and forums where Brown spoke, and his ground support is thin. What can anyone say about him? He’s never done anything in NH except vacation and run for office. Brown grew up in Massachusetts, went to school there, was married and had a family there, had a career there, got into politics there. If Elizabeth Warren hadn’t beaten him, he’d still be there. The first time Scott Brown casts a vote here it will be for himself.

This is a man who has repeatedly refused to speak with members of the press, going so far as to hide in a bathroom to avoid a reporter. As you ponder his name on your ballot ask yourself this: Should New Hampshire’s US Senate seat be a consolation prize for a guy whose ambition is the only reason he’s here?

Thanks to all the money, we know that Frank Guinta blames Carol Shea-Porter for everything except his toilet training. At the WMUR debate, he was unable to answer even what was presented as a yes or no question without trying to complain about our Congresswoman. He nattered on endlessly about all of the job fairs he had during his single term. I went to 2 of them. The Conway fair was held 2 weeks after a real job fair. The one staged by Guinta was a photo op, and sadly for him, not a single photographer showed up. No one found a job that day, or at any of the other job fairs. If anyone had, they’d be trotted out for display at every opportunity. Frank’s forgotten bank account (the one with the half million he donated to his campaign in 2010) is still being investigated by the FEC. When he ran in 2010, Guinta wailed ceaselessly about CSP’s alleged abuses of the Congressional franking system. He went on to become the number one franking abuser of the 2011-12 Congress.

Guinta learned nothing from being defeated. He still hates gummint, but thinks you should send him back to be part of it. He’s tried to present himself as an independent, bipartisan thinking kind of guy, but that’s not borne out by his voting record, which showed him marching along in party lockstep 96% of the time. Guinta wants to turn the Social Security trust fund over to Wall St. He wants to repeal Obamacare, returning us to those halcyon days of the pre-existing condition, and high cost/high deductable plans that don’t cover much of anything. He is all wound up about Ebola, but doesn’t seem to grasp that public health is a security issue. We should be working to rebuild our once robust public health system.

After listening to a lot of Guinta, it’s clear that he doesn’t have any ideas or plans to move us forward. Frank has only one setting on his gearshift, and that’s reverse.

I was sorry to miss the recent local candidate’s forum, but the write-up in the paper provided such perfect illustration that I could almost hear Frank McCarthy bellowing out his misinformation. Frank is full of “facts,” like the nonsense he spewed about marijuana.  The marijuana law in Colorado does not give free pot to welfare recipients and tens of thousands of potheads are not moving to Colorado. This bellicose purveyor of foolishness should not be given a return ticket to Concord.

NH is the seventh wealthiest state in the nation, yet we have the 11th worst infrastructure. Vermont has just about finished wiring their whole state for high-speed internet access. NH has a commission that is still gathering information before acting. Our infrastructure problems, combined with our unwillingness to fund education are the root causes of our economic stagnation. Yet still we hear the same slogans that got us into the mess we’re in taken as some sort of gospel: “NH doesn’t have a revenue problem, NH has a spending problem.” That’s true in the sense that NH is unwilling to raise sufficient revenue to fund our state properly. That’s why we have hundreds of bridges on a red list for structural impairment. Representative Chandler seemed quite comfortable with the fact that we raise insufficient revenue to do the work that desperately needs to be done. Carl Thibodeau is spouting the same old drivel about how to turn the economy around. Union busting won’t magically give NH a 21st century infrastructure.  Also, guy who dons a Santa suit and stands outside the polls insulting voters might be seen as lacking sufficient gravitas for serving in even our volunteer legislature.

Judging from the reporting on this forum, guns and MOAR GUNZ are the most important issue facing NH. The same people who are desperate to make voting as difficult as possible are living in desperate, scrotum-shriveling fear that gun buyers should have to go through background checks. Mark Hounsell doesn’t seem to think domestic abusers should lose their gun rights. Domestic violence is a leading cause of death in NH. Over 50% of the murders committed in NH between 2001-2010 were related to domestic violence, and over 90 percent of the murder-suicides. Instead of worrying about beheadings in Conway village, Mark would do well to contact Starting Point to learn about domestic violence in NH.

It’s almost over. The calls, the mailers, the surveys will stop for a few months. For now there are still a few days left to research candidates so that we all make informed decisions on Tuesday when we cast our ballots.

This was sent to me by Mark Hounsell:


"If a person is found to be a felon for action as a domestic abuser, based on a conviction in a court of law, that person should loose they right to carry a firearm." - You are free to quote me on this."


This was published as an op-ed in the October 31 issue of the Conway Daily Sun newspaper.

I don't think any gun rights group is opposed to taking away gun rights from convicted felons. The controversy comes when the government acts to treat people like felons based only on the word of their ex-spouse, with no trial and no due process rights, such as to face one's accuser, as is the case in restraining orders.