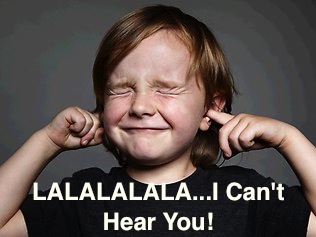 The NH House is currently dealing with the Senate’s casino bill, and the NH Senate is dealing with the House budget. These are the two Big Important things of this year’s legislative session. Last week, as part of the budget process, the Senate Finance Committee held a hearing in Representatives Hall so that lobbyists, organizations, and members of the public could make their case to the Committee for increased funding for their needs.

Senate Finance Committee Chairman Chuck Morse was clear from the beginning that he would impose no time restrictions on those who came to speak. The hearing was supposed to last four hours, but went for an extra two, thanks to the no time limit policy.

People who have disabilities and rely on wheelchairs were there to speak about how much they need and value their personal care attendants, and how little these people are paid for the great work they do. A family with a deaf son was there to speak about his special needs. Other families spoke about their fears for their children with disabilities, and the possibility of being put on the infamous developmental disability wait list. This is all painful stuff, put out there in public, while members of the committee listen for hours with their eyes glazing over. It’s a process that is awful for everyone involved, a process that lacks any sort of kindness or compassion.

All that waiting made the two pieces of performance “art” enacted by members of the Free State Project that much more egregious. The hearing began at 3. At some point before the dinner break at 5 pm, a man calling himself “Adam Sutler” was called to speak, and delivered a theatrical and senseless rant. Adam Sutler was a character in the movie “V for Vendetta.” Much later in the evening, a second man calling himself “Edgar Friendly” was called to speak, and engaged in another theatrical rant, before Chairman Morse told him to get lost. His rant was a mash-up of lines from “Network” and “Demolition Man.” “Demolition Man” is where the character “Edgar Friendly” originated.

Apparently this was supposed to prove something grand and profound to the people of NH. What that was remains unclear. The FSP may have succeeded in pranking the committee (boy howdy, now there’s a triumph!) but it was at the expense of those folks sitting there with developmentally disabled children, folks sitting in wheelchairs, and every member of the public who was sitting there waiting to speak about their own needs or the needs of their family. The point they unwittingly made is that the Free State Project is largely comprised of narcissistic individuals who are incapable of consideration for those who live outside of their cult.

The GOP controlled Senate passed a rule change this year that enables them to avoid hearing any House resolutions that they wish to ignore. No longer do the dignified members of our Senate have to stick their fingers in their ears singing “la-la-la.”

In 2011, there were 27 HCRs and 4 HJRs. There was a resolution in support of the Arizona immigration law, one urging the UK to return the Elgin Marbles to Greece, and another urging the Park Service to exhume the remains of Meriwether Lewis to determine his cause of death. There was also a resolution that year to urge Congress to begin the process of overturning Citizen’s United, the Supreme Court decision that allows corporations to spend as much as they want to influence our elections.

In 2012, there were 16 HCRs and 4 HJRs. There was yet another resolution in support of the Arizona immigration law, one calling on the US to withdraw from the UN (thank you, Norm Tregenza), one urging the privatization of all aspects of Social Security, and my favorite, a resolution declaring brain power to be a state resource.

Most of those never made it as far as the Senate. This year, there were only 3 HCRs and 2 HJRs, which makes the Senate rule change all the more curious.

There are 2 HCRs and 1 HJR that made it out of the House. HCR 1 is a resolution urging Congress to fund a comprehensive health care delivery system to enhance specialty care for New Hampshire veterans. New Hampshire is the only state in the union that has no full service VA hospital.

HCR 2 is a resolution urging Congress to begin the process of overturning Citizens United. HJR 1 directs the joint legislative committee to acquire and display a portrait of legendary NH suffragist Marilla Marks Ricker.

Apparently these three items are all too coarse for the dainty ears of our NH Senators, since they refuse to hear them.  Not a one of them is a frivolous or ideological concern. Some Senators at least claim to be concerned about money influencing politics. Usually the GOP is the first to bang on the drum of veterans needs.  And given the big problem that today’s Republican Party has with women, you’d think the GOP men of the Senate would be out scouring the state for portraits of Marilla Ricker, or that multimillionaire Jeb Bradley would be paying for a portrait out of pocket, and unveiled at a big public event. (ha!) But, all kidding aside, celebrating a long dead woman who fought hard to secure voting rights for her gender can’t do anything but make these guys look good. And they won’t do it. They won’t even hear the resolution.

It’s a petty subversion of the democratic process. Each of those resolutions cleared the 400 member House to get to the Senate. That the Senate can’t be bothered to take the time to even hear those 3 resolutions is pathetic.

The Senate Finance Committee refused to limit the amount of time anyone could take to testify before them, resulting in a poorly run hearing that took hours longer than it should have, and inconvenienced hundreds of people who didn’t deserve to be treated so badly. That same Senate allowed the Free Staters to make a mockery of their hearing – but they refuse to hear 3 resolutions that reflect the will of the people of our state merely because it might inconvenience them.

Which goes to prove the stupidity and hypocrisy of this crowd. Both subjects (Citizens United and Ricker) strike too close to the soul for this lot. They no doubt must adore Citizens United only for its billionaire right wing ties. As for Ricker, well it goes without saying that they want the female community invisible, home barefoot and pregnant - only DON'T ask for assistance and DON'T ask us to adopt your kid if you can't take care of it. Just be invisible and that goes for everyone else who ISN'T WHITE LIKE US.

The Free Keene group wasting 5 minutes of time sounds like small potatoes compared to your ranting about the problems in government which I doubt the meeting would have made much headway improving even without them.

"The FSP may have succeeded in pranking the committee (boy howdy, now there’s a triumph!) but it was at the expense of those folks sitting there with developmentally disabled children, folks sitting in wheelchairs, and every member of the public who was sitting there waiting to speak about their own needs or the needs of their family. The point they unwittingly made is that the Free State Project is largely comprised of narcissistic individuals who are incapable of consideration for those who live outside of their cult."

I'm not sure if you're aware of the reasons that the libertarians are opposed to funding projects for people that may have needs, but it's for the same reason they oppose all projects in which governments engage. The reason is that such projects use money which is taken from people at gunpoint. If you don't pay your taxes, which fund these projects, people with guns will come to threaten you to pay the taxes, by force, at gunpoint. This is the problem with coercive government.

People can agree to all sorts of rules, and agree to pay the fees needed to live in society. There is a city in Texas called The Woodlands, where all the rules governing the developments, parks, and zoning rules, are all agreed to, in writing, by the land owners. This is an example of voluntary governance.

SnowDog - It never occurs to you folks that there are people who understand your agenda completely (like me) and just don't agree with you. In fact, many of us find your belief system childish and silly. That you think that if you get rid of the big bad gummint, something worse won't come along to replace it is laughable.

The rudeness of your pals that night isn't justifiable. There were a million things that they could have done to make the point, and make it far better than they did. Instead, rudeness and immaturity reigned. I realize the hive thinks all press is good, but you're wrong. You alienated hundreds of people that night. Bad PR move, sparky.

Anonymouse#2 - that's a charming justification for the FreeKlowners rudeness to members of the public.

Could you please stop being a bigot?

It is disgusting, hateful and collectivist behavior on your part. If you have a problem with what someone does, fine, call them out personally. FYI, Andre is also gay and Portuguese so maybe you should hate on those groups as well?

You should encourage this behavior in the cultists, NH residents will tire of them more quickly and send them packing.

Narcissism has no cure, it needs to be purged.